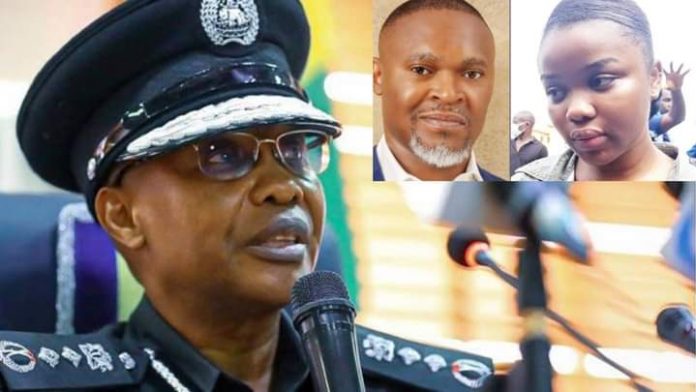 The Inspector-General of Police, Usman Baba, has ordered the transfer of the case of the murdered Super TV Chief Executive Officer, Usifo Ataga, from Lagos to Abuja.

It was learnt that the IGP ordered that the case be taken up by the Force Criminal Investigation Department, while the murder prime suspect, 21-year-old Chidinma Ojukwu, would also be brought to Abuja.“IGP has approved the transfer of Usifo Ataga’s murder case to Abuja. It will be handled by the FCID,” a top source told Newsmen.

We had on Wednesday reported that the family alleged that the Lagos State Commissioner of Police, Hakeem Odumosu, might be shielding the killers of their son, with the police’s suspicious handling of the matter.They had claimed that Chidinma, the prime suspect in Ataga’s murder, was arraigned in a Yaba Magistrate Court without the family being informed.The family of the murdered Super TV CEO had last Sunday hired human rights’ lawyer, Mike Ozekhome, SAN, to ensure that justice was served for their slain son.Ataga’s family in a letter to Ozekhome also accused the police of stifling efforts to ensure those behind the Super TV CEO murder were brought to book.

The family, in the letter, accused the Lagos CP of “attempting to protect the killers of Ataga.”The Usifo family also decried the alleged comfortable movement of Chidinma from prison to court and from court back to the prison.The family said Chidinma was moved in an Uber ride without handcuffs.The family alleged that the man who had claimed to be Chidinma’s father and was charged for obstructing police investigation was her (Chidinma) “sugar daddy” and not her biological father.They had faulted the N1million bail granted to Chidinma’s father and one Babalola Disu, another suspect in the case by the magistrate court.

The family had alleged that Disu was “highly suspected to have carried out the murder”.Ataga’s family premised its suspicion on information they received to the effect that Disu’s short rental apartment was directly opposite the apartment where Mr Ataga was killed.The family, however, urged Ozekhome and his chambers to take up the case and see that justice is served through a very professional prosecution of all those involved in the crime.Ozekhome also confirmed that he is now representing Ataga’s family In a statement on Sunday, Ozekhome had said the bereaved family hired him “to protect and defend the interests of the Ataga family and his teeming friends, admirers, kinsmen, and business associates, to ensure that justice is duly served in the matter.”