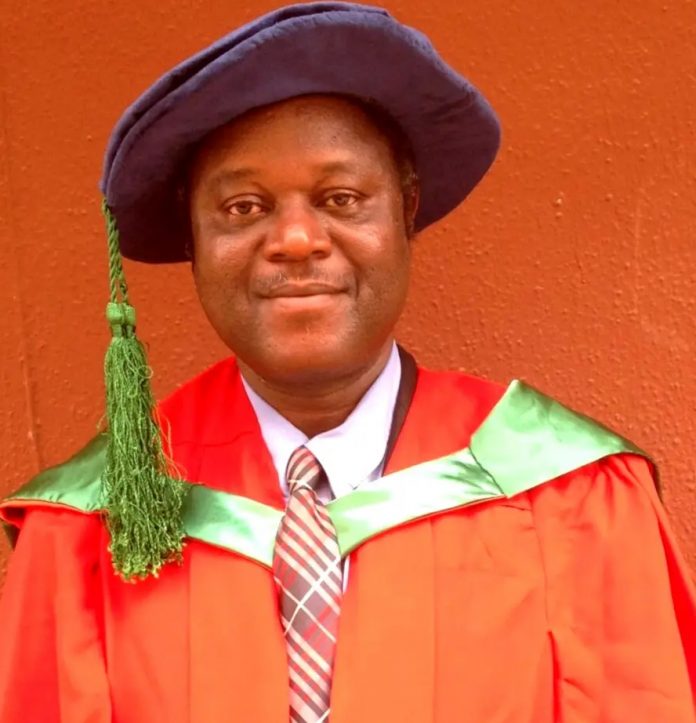 The Governing Council, Osun State University, Osogbo on Monday announced the appointment of Professor Odunayo Clement Adebooye as the 4th substantive Vice-Chancellor of the University.

In a statement issued on Tuesday morning by the school’s Public Relations Officer, Adesoji Ademola, Chairman of the University’s Governing Council, Mallam Yusuf Alli, understand, disclosed that Professor Adebooye was appointed after the approval of the Visitor, Governor Adegboyega Oyetola.

While announcing the 4th substantive Vice-Chancellor of the University, the Council Chairman, commended the Visitor and Governor of the state for his consistent support which has made the University one of the fastest-growing universities in the country.

Also, thanking the Senate, Management and the entire staff of the University for their sacrifice and selflessness, Mallam Ali urged them to maintain peace and cooperate with the new Vice-Chancellor.He said, “I am happy that despite the controversies surrounding the appointment process, the Council was able to exert rigorous efforts and sacrifice in the appointment procedures, which culminated in the appointment of Professor Odunayo Clement Adebooye.

We believe that he possesses the attributes to move the University forward and write a fresh chapter in the journey to achieve the dreams of the founding fathers of the University.”

Born on December 18, 1966, Prof. Adebooye, a professor of Plant Physiology has an academic career spanning over 26 years during which he served UNIOSUN at various times as a member of the Governing Council, Deputy Vice-Chancellor, Provost/Dean, Director and Head of Department among others.

At the international level, he had served as Ambassador Scientist for the German Government Humboldt Foundation, Secretary-General of the African-German Network Excellence in Science (AGNES) and Regional Project Coordinator for the Government of Canada Projects in West Africa.

He has been Visiting Professor at many universities in Nigeria, Germany, Canada and provided services for the United Nations. He has utilized nine (9)fully-funded international research fellowships worldwide including the highly prestigious United Nations University Fellowship, Germany and won 25 research grants with over 100 travel grants.