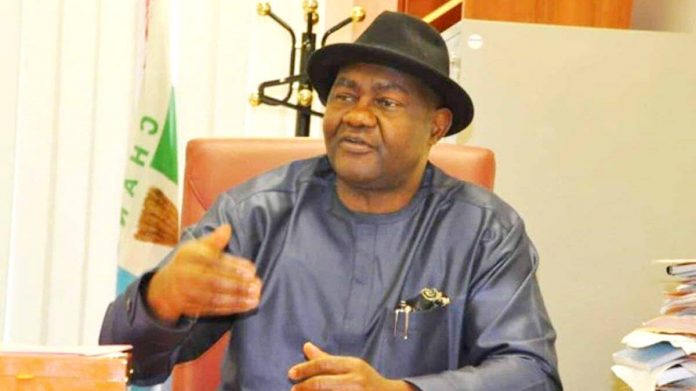 Governorship candidate of the Social Democratic Party (SDP) in Rivers state, Sen Magnus Abe, says Rivers people will make money under his administration when elected next governor of the state come 2023.

Abe, addressing a million-man march that climaxed at the Polo Club, Port Harcourt, the Rivers capital city in his honour yesterday also declared that the large turnout was proof that SDP is now Rivers’s biggest political party.

An optimistic Abe told the gathering, “Since Trans-Amadi was built, no other industrial estate has been established in this state. We will establish another one.

“Giving opportunities to our people to get jobs and employment is not something to be done by laws or by fiat. We will create an atmosphere through which Rivers people can make money.”

On the crowed of supporters that swarmed the million man match, the SDP governorship hopeful said, “A political party is nothing but a vehicle. It is the people that make the party. Today, you, Rivers people have made SDP the biggest political party in state. You have that power.

“All those other parties, because you were there, that was why they were big. Now that you are here, this one too is big. SDP is the biggest political party in Rivers today.”

Empathising with flood victims in the state, the former Senator representing Rivers South East Senatorial District stated, “Last week, we put off this programme because of the flooding. The whole Orashi region of Rivers, everytime, gets flooded.

“We all know these things are not man-made and everytime it happens, we appear totally unprepared. It is only a tree that you will tell that you get an axe and cut it down and it will still remain in that place.

“I assure Rivers people, we cannot stop water from coming if that is part of the water. But, there are several things we can do to prepare for things we know can haunt us down. We can dredge our rivers annually so when the water rises, it can go down quickly. We can build canals to divert water from where people are living.

“If it becomes impossible, we can move people from where we know they cannot stay to places they can stay. It is safer to relocate people. We have done it before. So, I assure our friends, brothers, our sisters in the places that are flooded, yes, it may happen again. But, I assure you that it will never ever be this bad again.”