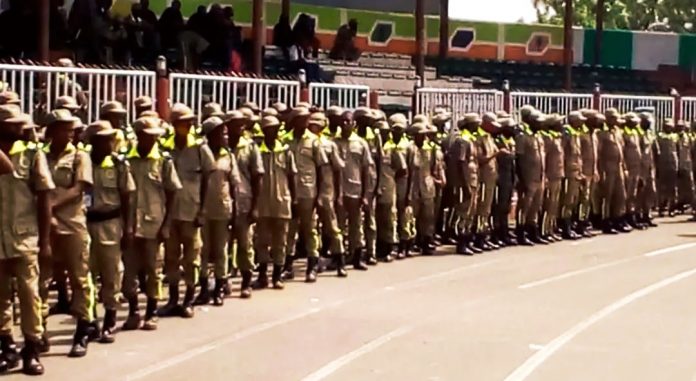 IPOB through its secretary, Emma Powerful had warned Obiozor to tread with caution, noting that re-establishment of Ebubeagu would worsen the precarious security situation in the south-east region.

His words: “The attention of the global movement and family of the Indigenous People of Biafra (IPOB)  under the command and leadership of our great leader Mazi Nnamdi KANU has been drawn to the laughable call by Ohaneze Ndigbo President General Prof. George Obiozor on South East Governors to re-establish the ridiculous, weak and unpopular Ebubeagu security outfit that has never been able to confront the Fulani bandits terrorising our ancestral land but only good at humiliating innocent Biafra youths with the collaboration of security agents.

“We want to make it categorically clear to Ohaneze Ndigbo and its co-travellers that any attempt to re-establish Ebubeagu security outfit in South East will further worsen the precarious security situation in the zone. They should understand that our gallant Eastern Security Network ESN operatives have been sacrificing so dearly to secure our ancestral land. But instead of complementing the efforts of ESN and IPOB to secure and defend our land against Fulani terrorists masquerading as herdsmen, these sabotures disguising as Ebubeagu security operatives give information on ESN to the wicked Nigeria security agencies. Because of this treachery, IPOB and ESN cannot operate together with Ebubeagu with undefined mission.

It is on record that South East governors have ulterior motives in forming Ebubeagu security outfit and we have not seen them as a sincere outfit to secure or protect our mothers, wives and sisters in the whole of Biafraland.

“Prof George Obiozor and his Ohaneze Ndigbo should not take our calmness for weakness and cowardice. They should not test the will of our people because we have no confidence in Ebubeagu. The formation of Ebubeagu from every indication was to counter the efforts of our Leader, Mazi Nnamdi Kanu towards Biafra restoration.

South East governors have no plan to protect our land but formed Ebubeagu to attack ESN and IPOB members.  George Obiozor and Ohaneze Ndigbo should not set Igbo land on fire.

“ESN/IPOB are ready to resist them anytime they are re-launched, and Biafrans should hold George Obiozor and Ohaneze Ndigbo responsible for anything that happens. They will regret any attempt to resurrect or re-launch this treacherous outfit that has sabotaged our march towards freedom.

Since Prof George Obiozor and his Ohaneze Ndigbo support them to kill any IPOB and ESN member, they should understand that we will no longer allow them to waste innocent Biafran youths.

Many IPOB and ESN operatives tracked and killed were done by Ebubeagu sponsored by SOUTH East governors and this time around, it is not going to be business as usual. Our intention has never been to attack our people or innocent people except Fulani terrorists masquerading as herdsmen and rampaging in our territory. But instead of complementing the patriotic efforts of our men, these sabotures rather turn their weapons against our men in the desperation of their sponsors to curry favour from the Fulani cabal ruling the contraption called Nigeria.

Our intelligence revealed that most atrocities committed in our land were perpetrated by Ebubeagu with the intent to implicate IPOB and ESN. Prof. George Obiozor should tread with caution.”

UAE to lift entry ban on travellers from Nigeria Saturday