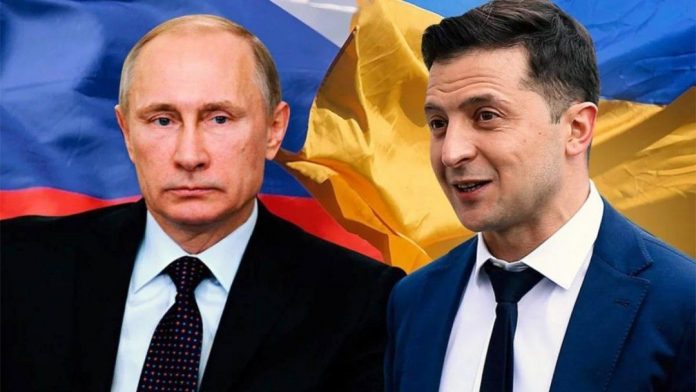 Ukrainian Defence Minister Oleksiy Reznikov said just three words when asked what he hoped for from a meeting at NATO headquarters in Brussels: “Air defence systems.”

A US-led group of nearly 50 countries was holding talks at NATO headquarters in Brussels on Wednesday with the focus on air defences after Russia unleashed a blitz across Ukraine following a blast at a bridge to the annexed Crimea peninsula.

NATO chief Jens Stoltenberg said discussions would address “how to ramp up support for Ukraine and the top priority will be more air defence” after this week’s strikes following the bridge explosion last Saturday.

“This demonstrates the urgent need for more air defence for Ukraine. Allies have provided air defence, but we need even more. We need different types of air defence.”

Ukraine’s President Volodymyr Zelensky called on G7 leaders on Tuesday to help establish an “air shield” over his country.

Western allies are scrambling to work out how to supply more advanced systems to Ukraine as diplomats admit they have precious few to spare.

A first Iris-T medium-range system has arrived in Ukraine after Germany decided to ship it before even giving it to its own troops.

The United States has also said it is looking to expedite the delivery of its NASAMS anti-missile and anti-drone system to Kyiv and a first batch of two is expected in the coming weeks.

Deliveries of a further six units could take far longer as they need to be manufactured and US sources said Washington is eyeing the possibility of trying to get Cold War-era Hawk systems to Ukraine in the meantime.

– ‘Pivotal moment’ –
“We’ll look at artillery fires and the Ukrainians’ air and missile defence needs,” top US General Mark Milley said ahead of the talks on Wednesday.

“We’ll be working with the nearly 50 countries represented to increase Ukraine’s ability to defend itself, especially against Russian air and missile attacks.”

NATO defence ministers, who will meet on Thursday, are pushing for ways to bolster their overall weapons stockpiles as the war in Ukraine has depleted their shelves.

NATO members have supplied weaponry worth billions of dollars to help fight Russia’s more than seven-month invasion of Ukraine and have vowed to keep supplies flowing as Kyiv pushes to liberate occupied territories.

“Allies have provided support to Ukraine by reducing NATO stocks, or ammunition, or weapons. This has been the right thing to do, but of course, we need to address how to refill those stocks,” Stoltenberg said.

“I expect that the ministers will agree to review our guidelines for stocks and also to engage more with industry.”

The NATO chief said the meeting in Brussels comes at a “pivotal moment” as Russia’s President Vladimir Putin has followed up battlefield losses by annexing seized territory and issuing veiled nuclear threats.

Western powers say they have seen no change in Moscow’s nuclear posture that would suggest it is getting ready to launch a strike. They have warned Moscow against deploying any small, tactical atomic bomb in Ukraine.

“We have seen of course the speculations about the use of low-yield nuclear weapons in Ukraine and we have conveyed clearly to Russia that this will have severe consequences for Russia,” Stoltenberg said.