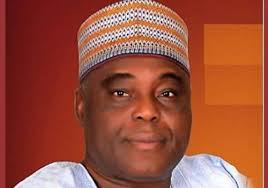 Raymond Dokpesi has been arrested in the United Kingdom ahead of a scheduled political meeting with Atiku Abubakar, reports said on Sunday night.

Mr Dokpesi, the owner of broadcaster AIT, was picked up at London Heathrow Airport as he touched down from a connecting flight via Frankfurt on Sunday evening, according to The Whistler, which first reported the incident citing passengers on the same flight. Peoples Gazette learnt that Lufthansa flight LH916 arrived in London at 5:39 p.m. local time from Frankfurt.

It was not immediately clear why Mr Dokpesi was arrested, but it was learnt that he was still at the airport as of 12:06 a.m. on Monday. The Scotland Yard did not immediately return a request seeking comments.

A source said Mr Dokpesi might soon be cleared through immigration and be released, although the reasons for his arrest remained fuzzy even to his associates as of late Sunday.

The detention comes as Mr Dokpesi was preparing to meet Mr Abubakar in London in a gathering a party source told The Gazette was linked to strategies leading up to the presidential election next month. Mr Abubakar is standing in the election as the main opposition Peoples Democratic Party’s candidate.

Another key PDP politician Ike Ekweremadu has been in detention in London since he was arrested in June 2022 on charges of organ trafficking. A trial was scheduled to open in the matter on January 31.