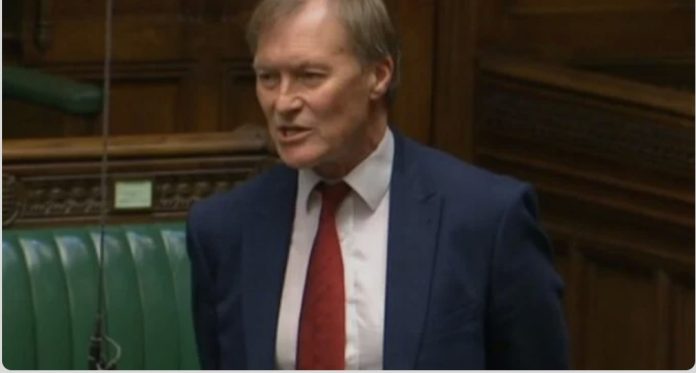 David Amess, a conservative British member of Parliament, has died after being stabbed “multiple times”.

The MP for Southend West was stabbed on Friday at his constituency surgery — a meeting members of parliaments have with their constituencies — in Belfair’s Methodist Church in Leigh.Amess had advertised the surgery on his Twitter page on Tuesday, providing the location and contact details to book an appointment.Commenting on the incident, a spokesperson for the police was quoted as saying: “We were called to an address in Eastwood road north shortly after 12.05pm today.

We attended and found a man injured. He was treated by emergency services but, sadly, died at the scene.“A 25-year-old man was quickly arrested after officers arrived at the scene on suspicion of murder and a knife was recovered.”The police said the suspect was being held in custody, and that they were not looking for anyone else in connection with the incident.

Reacting to the murder of Amess, Keir Starmer, leader of the Labour Party, said on Twitter: “Horrific and deeply shocking news. Thinking of David, his family and his staff.”Similarly, Sajid Javid, the UK’s health secretary, called Amess “great man, a great friend, and a great MP killed while fulfilling his democratic role”.Amess was first elected to the UK parliament to represent Basildon in 1983 and then stood for election in Southend West in 1997. He was married with five children.