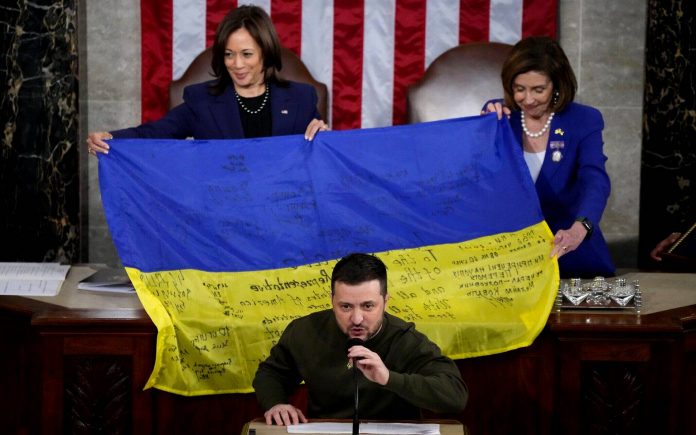 The United States has signalled readiness to further step up its military assistance for Ukraine as Britain and America vowed to maintain their support in the struggle against Russia “for as long as it takes.”

He indicated that the U.S. would be making further announcements in the coming days, with Defence Secretary Lloyd Austin due to host talks with key allies in Ramstein in Germany later this week.

“We have continuously provided what Ukraine needs and we are doing it in a way that makes sure we are responsive to what is actually happening on the battlefield as well as projecting where it might go,” he said.

“We are determined to make sure that Ukraine has what it needs to succeed on the battlefield.”

While Britain has promised to send 14 Challenger 2s, Ukrainian President Volodymyr Zelensky has called for some 300 modern Western battle tanks to enable his forces to take the offensive against the Russia aggressor.

In practice this is likely to mean US Abrams tanks and German Leopard 2s – or a combination of the two – which are potentially available in far greater numbers than the Challenger 2.

Cleverly, who his in Washington to urge the Americans to go “further and faster” in their support for Ukraine, praised U.S. efforts to date pointing out that it was the biggest single supplier of assistance – both military and economic – to Ukraine.

He said the U.S. and UK have worked “hand in glove” – along with other allies – since the start of the conflict to ensure Ukraine had the support it needed.

“Never in living memory has Russia been more isolated and the Atlantic alliance more united,” he said.

“If Putin believed that the world would succumb to Ukraine fatigue and lose the will to resist his ambitions then that was once again another colossal misjudgment on his part.”