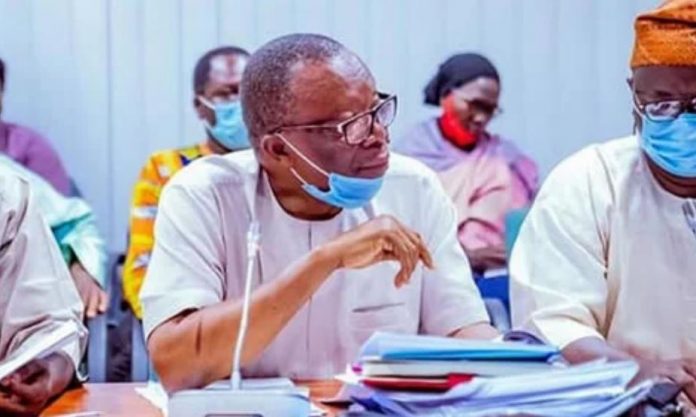 The Academic Staff Union of Universities (ASUU) says the two-week ultimatum issued by the President to resolve the concerns raised by the union is too much.

For the lecturers, it will not take more than two days to address the issues that have plunged the nation’s public university system into a prolonged strike that is currently in its fifth month.

ASUU Chairman, Professor Emmanuel Osodeke, stated this in Abuja when he appeared as a guest on Tuesday’s edition of Channels Television’s Politics Today.

“Two weeks is too long,” he said. “The issue of renegotiation has been completed by both sides. Just come back to us and say ‘we have agreed’, that will not take two days. We were told they spent billions to feed children in school; is that correct, how many children have you seen being fed?

“Nigerians spend not less than N200 billion as school fees paid to Ghanaian universities every year. Government should prioritise education as number one in the country because all of us must pass through the school.”

Hours before Osodeke’s interview, President Muhammadu Buhari met with the Minister of Education, Adamu Adamu, and relevant members of his cabinet where he received briefings on the current face-off between the government and university unions, including ASUU.

At the meeting, he directed the education minister to proffer a solution to the continued industrial action by the lecturers and report back to him in two weeks.

President Buhari had also instructed the Minister of Labour and Employment, Chris Ngige, as well as the Secretary to the Government of the Federation, Boss Mustapha, who were also present, to be in attendance in all the meetings to speedily resolve the crisis.

While the ASUU president sees the President’s action as a welcome development, he is of the opinion that giving such a directive is not new.

He believes the government is still unserious with the lingering strike by the university lecturers, stressing that it does not require such a long timeframe to resolve the issues.

Professor Osodeke recalled the intervention of religious leaders in the crisis under the auspices of the Nigeria Inter-Religious Council (NIREC) who met with the President over the matter.

Following the meeting in February, he explained that President Buhari set up a three-man committee comprising his Chief of Staff, Ngige, and Adamu, to quickly resolve the issue within one month.

“That committee didn’t invite us for a meeting until we rolled over the strike in May and we all went. Now another 12 days? If we are serious, if we really want to resolve this problem, it will not take two days.

“All issues have been discussed, government representatives have met with ASUU, and there is a draft joint agreement to look at and come back for the signature. Does it take you two weeks to look at what you have negotiated?” the ASUU president queried.