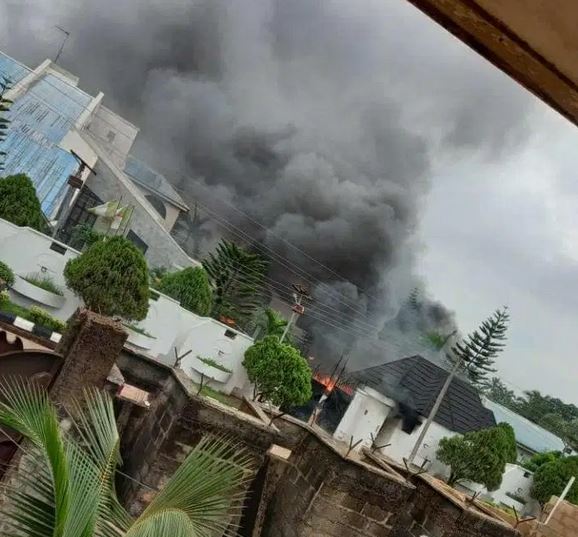 On Saturday morning, alleged hoodlums in black and black attire assaulted and set fire to the house of Imo state governor, Hope Uzodimma, in his hometown of Omuma, Oru East local government area of Imo state.

In the early hours of Saturday, gunmen stormed the governor’s house in Omuma, Oru East Local Government Area of the state, killing two security men on duty before burning it.

According to reports, one of the security men killed was a Nigeria Security and Civil Defence Corps operative.

The fire affected cars parking at the compound as well as a portion of the house, according to a source who requested anonymity.

The gunmen were repelled by security personnel on duty, resulting in the deaths of the two officers, according to him.

According to another unconfirmed story, the gunmen killed two more security men at Oguta-Mgbidi Junction, a road leading to the governor’s country home.

Firefighters were fighting to keep the fire from spreading to other parts of the building, according to a government house source who requested anonymity.

According to another village source, the military has taken control of the community.