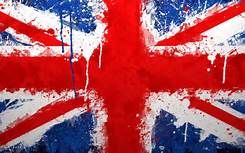 Two Nigerian women have pleaded guilty to charges of neglect for leaving a severely autistic woman locked in a car alone while they went on a two-and-a-half hour shopping spree.

Sylvia Ezeorji, 47 and Veronica Howe, 52, were both care support workers for 58-year-old Claire McMullen, who suffers from autism, learning difficulties and does not speak.

According to Kent Online, McMullen was found by police locked in a car in Chatham High Street, U.K on a hot day in July after concerned members of the public called emergency workers when they saw the vehicle rocking.

The woman was wearing a big coat and sweating. Beside her was a packet of Wotsits and a bottle of water the carers had left for her, but she was not even capable of opening the items.

They were told by the court their actions showed “total disregard for a person’s life”.

McMullen is deemed a very vulnerable adult, the court heard. She needs two-to-one care 24 hours a day as she is in danger of choking on food so she must be supervised at all times.

Police officers had to smash a window to free McMullen because they were so concerned about her welfare.

She was immediately given water and drank it thirstily before being taken to hospital by ambulance to be checked over.

Ezeorji and Howe returned to the vehicle at about 4pm, two-and-a-half hours after they had abandoned her inside.

Police were still on the scene and arrested the pair on suspicion of neglect.

Both were later charged and pleaded guilty at Medway Magistrates’ Court.

They returned to the same court for sentencing.

The court heard a statement from the manager of McMullen’s care home in Crawley, who said the support workers had told him they were going shopping with her in town.

He had thought that meant they were going to Crawley or nearby, as taking a resident out of the borough would need to be authorised beforehand.

The statement also said the pair knew her care-plan and had helped draw it up, so leaving her in the car showed a total disregard for the plan.

Nicholas also told magistrates that police saw McMullen repeatedly rocking herself in the car, which had tinted windows. The weather had been overcast, but very humid with the temperature around 20C.

The court was told the pair had admitted their actions fell below what is required of them and said they did go to check on her in the car, but left her there again and just forgot about the time.