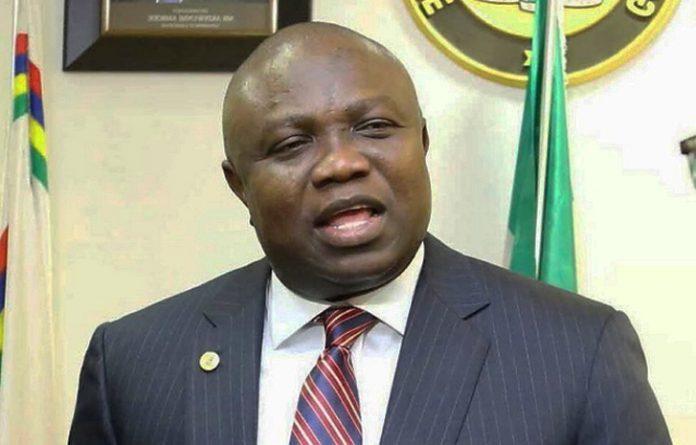 Two men were on Monday arraigned before a Lagos State High Court, Ikeja for allegedly cloning Governor Akinwunmi Ambode of Lagos State’s phone number, for the purpose of defrauding the Accountant General of the State.

The two suspects, who were docked before Justice Sedoten Ogunsanya on three counts charge are; Rilwan Jamiu and Balogun Stanley Oyewole. The duo was alleged to have cloned the Glo line of Governor Akinwunmi Ambode and had sent a message to the Accountant General of the State, Abimbola Shukrat Umar, asking her to pay N50 million into an account.

Both men pleaded not guilty to the offence bothering on attempting to commit felony, and obtaining money by false pretence, which was allegedly committed at Block 11, State Treasury Office, Ministry of Finance, Alausa, Ikeja.

The Accountant General in her testimony said: “I received a text message on February 10, 2016, at exactly 12.52pm, I had initially thought the message is from his Excellency, the Executive Governor of Lagos state, because the same name I stored his number was the exact one that appeared in my inbox when the message came in.

“I became suspicious because his Excellency does not send text message for any payment. He normally calls to his office when the need arises.”

“This text message also looked strange because his Excellency would not end his message with H.E nor start with AG.” This is not his pattern.

Umar further said she put a call to the Governor and he immediately asked her to bring the phone to the security for investigation on the text since the message did not come from him.

Justice Ogunsanya ordered that the defendants be remanded in prison while she adjourned the matter till November 17 for trial.