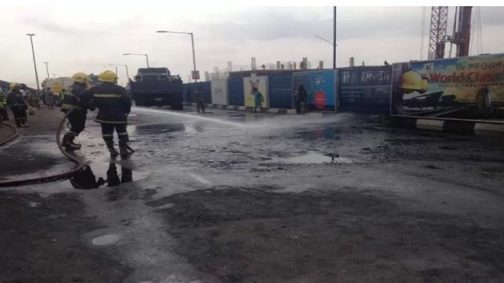 Two soldiers have been reportedly killed following a clash with youths suspected to be involved in oil bunkering in Izombe community, Oguta LGA of Imo state.

One other person was also killed while several houses were set ablaze in the incident.John Nwandu, a resident of the community, said some youths in the area are in the business of collecting tolls from tankers and vehicles conveying illegally refined petroleum products.“Yesterday, one Chisom popularly known as Obere, now deceased, met Okey Okponku and requested that he should be included into those who benefit from the proceeds. There was a disagreement between these two ‘youth leaders’ where Okey Okponku threatened to deal with the Obere,” he said.

Nwandu said Obere was reported dead after soldiers allegedly invaded his house.Following Obere’s death, youths in the community reportedly attacked the soldiers — killing two of them in the process and set ablaze their vehicles.Mike Abattem, police spokesperson in the state, confirmed the incident, but did not provide details.

“Yes there was an incident that happened at Izombe yesterday, we are aware of it but right now we don’t have full details to what actually happened; once we get the necessary details we will make it public,” he said.