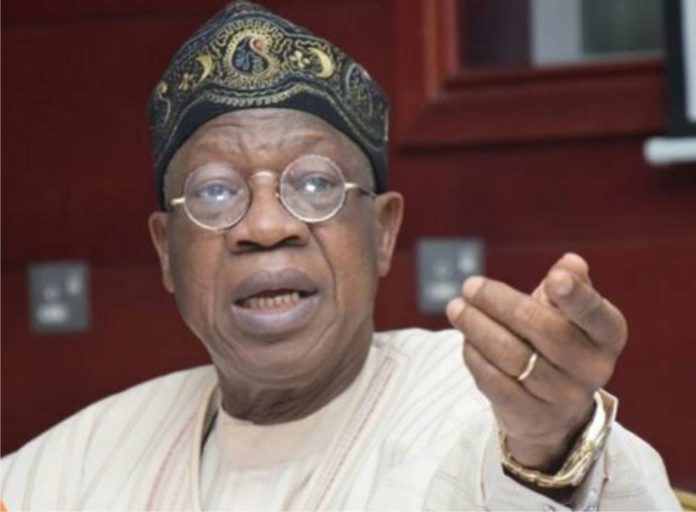 The federal government says the ban on microblogging giant Twitter will soon be lifted in “a few more days.”

The Minister of Information and Culture, Lai Mohammed, made the disclosure on Wednesday while fielding questions from State House correspondents in Abuja.According to him, a lot of progress has been made in the ongoing dialogue with Twitter.

“I think even Twitter itself two days ago gave what I will call a progress report on our talk with them. I think if I want to quote them right, it has been productive and quite respectful.Mr Mohammed was referring to Peoples Gazette’s report on Twitter’s response to the newspaper’s enquiry on the ban.Shedding light on when exactly the ban will be lifted, Mr Mohammed reckons that it would be a matter of days.

“And as to the qualifying word for when or how soon, I want to assure you that the time that Twitter operation was suspended, I mean between the time it was suspended and when it will be restored, is by far much, much shorter.“In other words, if the operation has been suspended for about 100 days now, I can tell that we’re just actually talking about a few, just a few more days now,” he said.The minister stressed that both parties were focused on concluding the matter.“What we’re trying to do is the changes that have been going on, but we need to dot the ‘i’s’ and cross the ‘t’s’ but I can assure us that we’re not unmindful of the anxiety of Nigerians and both parties are working very hard to put a closure on the matter.“And like Twitter itself said the changes have been very, very productive on both parties. It has not been advisory at all. And it’s quite respectful,” he stated.