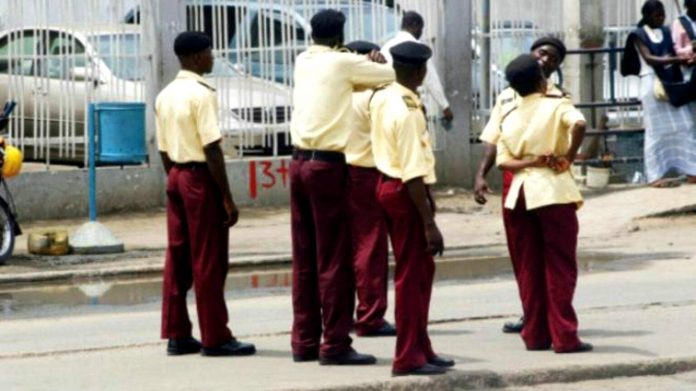 Officials of the Lagos State Traffic Management Authority (LASTMA) were attacked with dangerous weapons while on official duties at Ojota by members of the Tricycle (Keke) Owners Association of Nigeria (TOAN) Ojota Branch.

The LASTMA Officers were attacked with cutlasses, iron, broken bottles, and local charms, and had to abandon their duty posts after one of them was seriously injured.

Confirming the attack, the Director, of the Public Affairs and Enlightenment Department of LASTMA, Mr. Adebayo Taofiq, said the Officer, Oguntimehin Ajibola, was injured in his left eye with broken bottles by the attackers and is currently on admission at Lagos State University Teaching Hospital, Ikeja.

According to Taofiq, preliminary investigation revealed that members of the Tricycle (Keke) Owners Association, Ojota Branch, numbering about 20, had attacked the officers after they were informed that the Toyota Camry FKJ 161 HB of their newly elected Chairman (Ojota Branch) known as ‘Henro’ was detained for illegal diversion by LASTMA Officials at Ojota.

Taofiq said the General Manager of the Agency, Mr. Bolaji Oreagba confirmed that the matter had been reported at Area ‘H’ Command of the Nigeria Police, Ogudu while efforts are on to identify and arrest all those who took part in the unwarranted attack.

“We are searching for the attackers with information gathered so far by our intelligence unit. We will ensure that the perpetrators are arrested and made to face the full wrath of the law”, he stated.