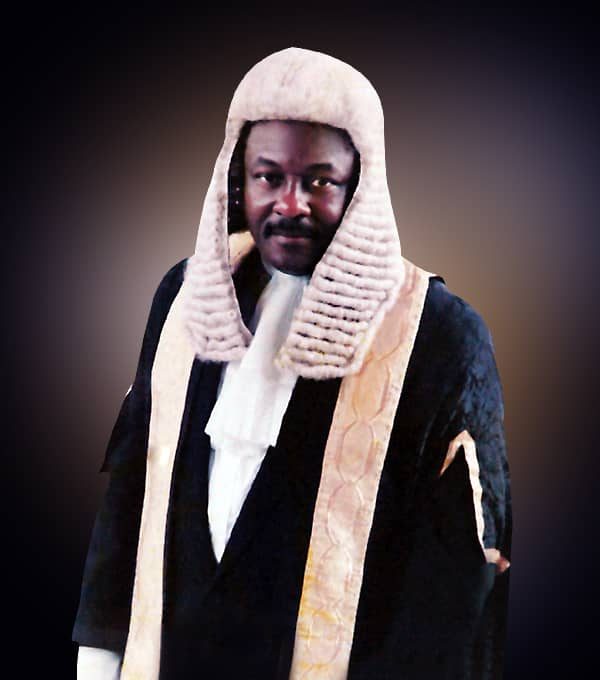 A million page memoirs are not enough to chronicle his good works. Today we are not mourning but celebrating the life and times of this gallant soldier of TRUTH. Chief Oladipupo Akanni Olumuyiwa Williams, SAN, popularly called Chief Ladi Rotimi –Williams, SAN is a man who stands for everything good. An epitome of love, integrity and humility. A detribalized Nigerian who treated all human equally irrespective of race, gender colour or creed.
Yes, it is difficult to speak of “Chief” (as we all fondly call him) in past tense. If you were close to him you will know what I mean! Here is a man full of life and humour. He had an exceptional sense of humour which he deployed at every right occasion to make everyone laugh.
Before I met Chief I had heard so many things about him and his aristocratic status. Indeed while I was in the university in Delta State I read about him and his father who was an iconic colossus and enigma of sort whose towering status is unrivaled in the Nigerian legal firmament till date. Never did I ever imagined at that time that this aristocratic figure will one day be my boss, father-figure, mentor and friend.
Chief set up his law firm known as Chief Ladi Rotimi Williams Chambers (CLRWC) immediately after the demise of his father in 2005. He had worked with his father all his life. According to him, he had always lived in Victoria Island immediately he got married to his lovely and amiable wife, Dr. Henrietta Williams and he used to go to work at his father’s office at Ilupeju every day for 35 years out of respect for his father.

Chief loved all his lawyers and staff equally and he treated everyone with mutual respect and accorded everyone his/her due regards. At a time I was tempted to think that I was his favorite but when I realized how he extended the same measure of love to other lawyers in the firm I buried the chauvinistic thought and came in term with the stark reality that with a big heart like that of Chief, no one has the exclusive preserve of claiming the title of being favourite. Even in assigning high profile cases to lawyers, he does it in accordance to the strength and expertise of each lawyer and doesn’t discriminate between other associates and his biological children.
My first brush with his fatherly love was when I was barely one month old in the firm and I received a sad news of the demise of my elder brother. Chief invited me to the cozy comfort of his office and consoled me with much comforting words. He immediately instructed that I should be given some days off and also instructed the finance department to release funds for my travel expenses home for the burial. The father and son bond was formed immediately by that experience and many more that followed and it continues till we will meet to part no more.
My wedding was to happen barely ten months of my joining the law firm. However, I didn’t tell anyone in the firm about the wedding until about one month to the date. Immediately Chief heard about the coming wedding he summoned me to his office and he said in his usual jovial style: “so you this small boy want to get married and you have not introduced your bride to be to your father” I apologized for my inadvertence and immediately made the calls for my bride to be to in Lagos for the august “introduction”. I will spare the details of the hilarious comments he made when he first met my wife and how we laughed uncontrollably through that encounter.

A few days later Chief announced, quite to my shocking delight, that he will be coming to Umunede in Delta State for my wedding along with some of my colleagues in the Chambers. It was indeed a moment of great joy to see Chief along with three of my colleagues travel all the way to Delta State to make our day. Indeed his presence alone made a huge difference in the wedding as he added colour and glamour to the occasion. We can still remember some of the comments he made at the wedding reception. Ofcourse, he was the chairman of the day. And that was how he chaired the wedding of all the lawyers in the chambers. And he usually made a funny comment which turned out to be a sort of prophesy and this became a trend in all the weddings he chaired starting with my wedding. He would say, “this union will be blessed with children and the first child will be a boy. Indeed, each of us has a son as his/her first child in line with his pronouncement.

My Foray into the Banking Industry
A few days after my wedding, I got a call from a big cousin of mine asking me to refer a young lawyer to him for employment in one of the top banks then in Nigeria. My cousin obviously was not expecting me to show interest in the banking job because he couldn’t come to terms with the fact that I could leave a high profile firm like that of Chief Ladi Rotimi Williams Chambers for a bank job. My cousin was not very pleased when I insisted that I wanted to go for the job interview to try out my luck.

I thank God for having the privilege of knowing and working closely with this great man. He was a man with a tender heart, always seeking the good and wellbeing of others yet he was a fierce fighter of any good cause he believes in.
To his wife, family members, children both biological and adopted (one of whom I am), Associates, friends and well- wishers, know that this great man has finished his race, he kept the faith, so do not sorrow because of him. Mirror your lives through his good qualities and let us continue his legacy of selfless living from where he stopped. Chief Ladi Rotimi Williams, SAN lives on! Chief never dies.

To everyone I say do not shed tears like those who have no hope. Do not focus on the fact that a vacuum has been created by the departure of our father and friend but cherish the good works he did and the good name and memory he left behind. And let your hope be kindled by the fact that you will see him again in heaven!

ADIEU GREAT FRIEND AND FATHER! CONTINUE TO REST IN THE BOSOM OF THE LORD TILL WE MEET TO PART NO MORE