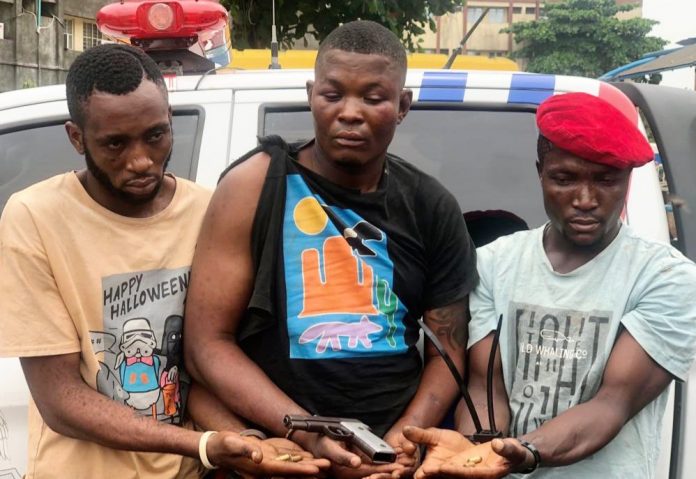 The Rapid Response Squad (RRS) of the Lagos Police Command has arrested another set of traffic robbers.

They were nabbed with a beretta pistol and four rounds of ammunition at the Toyota bus stop near Oshodi.

Their arrest followed a tip-off commuters gave to officers who were on routine patrol along Ladipo and Oshodi.

Goddey confessed they were about to rob their second victim when the RRS patrol team arrived.

They were picked up at their converging point at 7 Alhaji Monsuru Street in Ijegun.

Commissioner of Police, Abiodun Alabi has directed RRS Commander, Olayinka Egbeyemi to transfer the suspects and exhibits to the CP’s Special Squad for further investigation and prosecution.