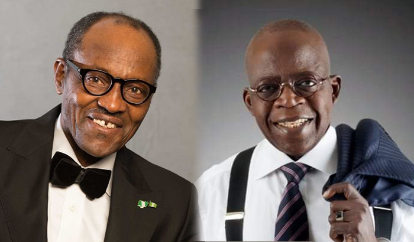 “Whilst there must be active engagement between all the arms of government for the rule of law to prevail, it is critical for the judiciary to retain its autonomy and independence.

“Therefore, under my stewardship, the federal government will build on the efforts of the current administration to review, amend and/or enact the relevant laws that will engender the rule of law,” Mr Tinubu said.

The former Lagos governor, according to a statement by his media aide, Tunde Rahman, said this at the seventh edition of the Kaduna Economic and Investment summit (KadInvest 7.0) on Saturday.

Ahead of the 2015 general elections, Mr Buhari, a former military dictator, had claimed to be a “reformed democrat”. However, in the last seven years of his regime, Nigerians have witnessed some of the country’s worst gross human rights abuses, state sponsored massacres and clampdown on protesters in violation of the rule of law.

Mr Buhari, in disobedience to court orders, has detained former National Security Adviser, Dasuki Sambo, and the leader of the Islamic Movement in Nigeria, Ibraheem El-Zakzaky and his wife, for several months in spite of court orders granting them bail.

In 2015, shortly after Mr Buhari assumed office, over 348 members of the Shiites Islamic group were massacred and buried in a mass grave by the military. Though a judicial panel indicted the Nigerian Army under its former Chief of Army Staff, Tukur Buratai, over six years after this incident, none of those involved in the massacre has been prosecuted.

Two years ago, during the historic EndSARS, a nationwide protest against police brutality and extra judicial killings perpetrated by the now disbanded Special Anti-Robbery Squad (SARS) of the Nigerian police, state sponsored thugs unleashed mayhem on peaceful protesters under supervision of the Nigerian police.

In October 2020, personnel of the Nigeria Army opened live rounds on protesters at the Lekki Tollgate in Lagos, killing about 10 EndSARS protesters.

A judicial panel set up by the Lagos State government to investigate the Lekki Massacre, indicted the Nigerian Army for using force on protesters, and recommended the dismissal of officers who participated in the massacre and compensation of victims of the massacre.

However, the recommendations of the panel were ignored by both the Lagos State government and the Buhari regime, denying the October 20, 2020 massacre.