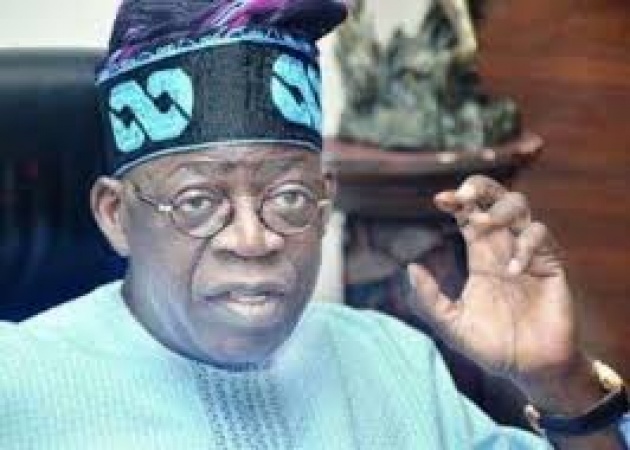 The National Leader of the All Progressives Congress (APC), Senator Bola Tinubu has said that Nigeria is currently facing a crisis.

Tinubu explained that the country is experiencing kidnapping, banditry and all other forms of social vices which are indices of crisis.

He stated this at the 8th Day Firdaus Prayer of the first civilian governor of Lagos, Late Alhaji Lateef Aremu Jakande, held on Friday at his residence in the Ilupeju area of Lagos State.

Meanwhile, the APC leader prayed that the Almighty Allah, who gave the country huge potentials for it to be recognised globally, would deliver it from its crisis.

He noted that those who have seen the effects of the war would avoid a repeat by all means.

“Nigeria is currently facing a crisis of insurgency, banditry and all aspects of insecurity. May the Almighty that made this country huge in potentials protect and salvage us from looming situations.

“Only Almighty Allah will judge the unfaithful and will direct us on the right path. It is left for you, myself and everyone.

“Those who have seen the effect of the war on tribalism and religious conflicts will never want a repeat of such.

“We pray to God to strengthen our mind and bring peace to this land,” Tinubu added.

Tinubu, who said the death of Jakande was a colossal loss to the state and the country,  said He (Tinubu) was lucky for using the deceased’s house as his (Tinubu’s) cradle of politics and journey to political life.

“If I start to write about Alhaji Jakande, I will write an epistle. I am a lucky one. This is the house where I started to become a politician and my journey to political life.

“Alhaji Jakande told me to go to the senate. He said Nigeria needs somebody like me.

“We pray that Lagos State and Nigeria will give us more leaders that are prudent, honest, and would give priority to the future like Alhaji Lateef Jakande,” he stated.

Speaking also, the Governor of Lagos State, Mr Babajide Sanwo-Olu announced that there will be a day for the celebration of the legacies of the late Alhaji Lateef Jakande.

Sanwo-Olu said that the rationale behind this day is to appreciate the indelible legacies and monumental infrastructural development that the deceased left in the state.

Lagos will have a day to celebrate Alhaji Jakande because we need to bring history to students so that it won’t go into extinction.

“We are going to set up a different day when Lagos will celebrate this man.

“The lesson is for all of us to reflect on how well I am using my voice to change the course of mankind,” he said.

While giving a lecture earlier, Sheik Habeebullah Adam Abdullah harped on the fact that good conduct is an act of worship.

He added that good interpersonal relations are an act of worship, saying that God created man to serve Him with all their hearts.

The lecturer, therefore, urged all the leaders to learn from the deceased as his name will never be erased from the minds of Lagosians and that of Nigerians generally.