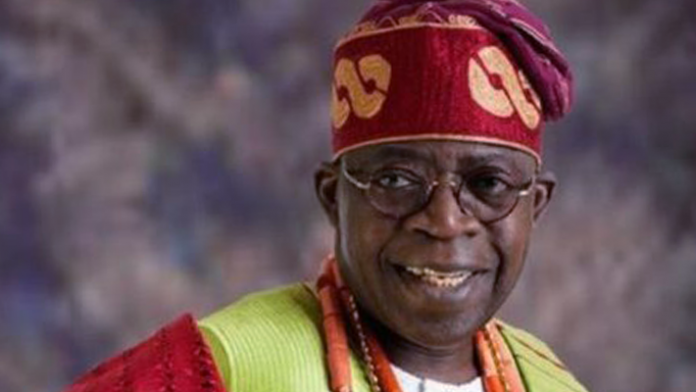 The town hall meeting, hosted by the Arise News Channel in conjunction with the Center for Democracy and Development (CDD) in Abuja, was attended by three presidential candidates, Labour Party’s Peter Obi, NNPP’s Rabiu Kwankwaso and PRP’s Kola Abiola, while PDP’s Atiku Abubakar was represented by his running mate Ifeanyi Okowa.

No reason was publicly offered for Mr Tinubu’s snob of the opportunity to share his plans with Nigerians via a live broadcast. However,  the former Lagos governor was spotted at the birthday party of his associate, retired colonel Sani Bello, some 6.4 km (an eight-minute drive) from the venue.

Mr Tinubu’s absence from the town hall meeting is the latest in his series of purposeful boycotts of public gatherings aimed at engaging directly with candidates for public office.

The absence of the former Lagos governor has sparked widespread public outrage.

His prior performances had sparked concerns about his health and ability to manage the country in 2023 and beyond. Given the low ratings that Mr Tinubu’s public relations stunts have earned him, his aides have kept him out of public scrutiny.

The APC Presidential Candidate in the forthcoming 2023 presidential election, Asiwaju Bola Ahmed Tinubu, did not attend the presidential debate organised by ARISE TV on Sunday, November 6, 2022, for the following reasons:

Firstly, many radio and TV networks in Nigeria have indicated interests to host such debates and out of deference to other TV and radio stations, our candidate will not be making selective appearances in some networks, whilst ignoring others.

As President of Nigeria, by the Special Grace of God, he intends to treat all persons and businesses fairly and equally.

Secondly, the busy and hectic campaign schedules of Asiwaju Tinubu will not permit him to honour all such invitations by different radio and TV networks, hence our decision for him not to start with one TV station and later ignore others.

Thirdly, our candidate had long before now realised the importance of speaking directly to Nigerians and shortly after unfolding his Action Plan as President embarked on Town Hall meetings beginning with his interaction with the Business Community and other stakeholders in Kano followed by the Town Hall meeting and presentation by experts last week in Lagos. Tomorrow, he will be interacting with Agro and Commodity Groups in Minna, Niger State.

Whilst we thank Arise TV for the invitation, we want to assure Nigerians that we shall continue to hold these debate groups and Nigerians in high esteem. Nigerians will hear from our candidate loud and clear through other forums.

Lastly, out of profound respect for Nigerians, we urge all our party structures and supporters at the grassroots to continue to organise town hall meetings to educate Nigerians on the Action Plan of our candidate as we believe a grassroots-approach to reach Nigerians will also be more profound.