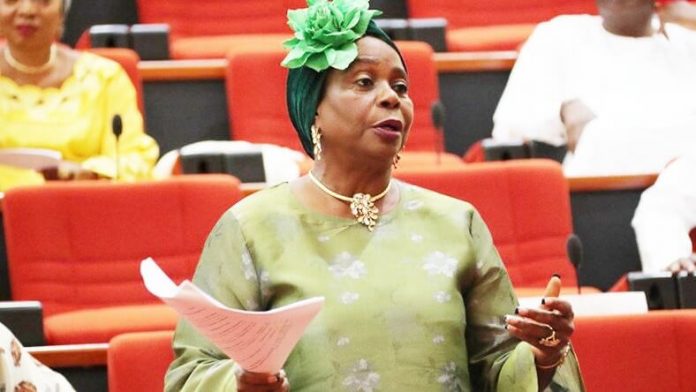 Senator Biodun Olujimi (PDP-Ekiti South) says it is time to pass the Gender and Equitable Opportunities Bill 2022, as the 2023 general election approaches.

She stated this at a one-day Policy Dialogue on “Gender and Equitable Opportunities Bills: Challenges, Prospects and Way Forward” held in Abuja on Thursday.

The event was organised by UN Women in collaboration with the National Institute for Legislative and Democratic Studies (NILDS).

She said that addressing the issues in the bill and the subsequent passage before the election would ensure active participation of women.

“Between March and May, we have that window and then we can lobby and get it passed. I believe the time to pass the gender bill is now. It has lingered too long,” she said.

Giving the history of the bill in the Senate which had failed passage five times, the lawmaker said the contentious issues in the bill made her reintroduce the bill in the 9th Senate.

“The time has come for men to take up the bill as their own, they need to make it a bye-in.”

Ms Olujimi, who is also the chairman, Senate Committee on Aviation, noted that 51.2 per cent of the population which were women could not be shut out.

“Women are shut out and we are sitting believing it is well. It cannot be well except that portion of the society is taken care of.

“This bill had suffered greatly in the national assembly. It suffered three assemblies; and it is struggling in this fourth. And the reason is simple. It is only because it is based on gender.

“If it was a general thing, it wouldn’t have been so difficult.”

She urged the members of the national assembly to give women a chance “to put a foot in the door.

“Why have we never had a 10 per cent participation in the national assembly?

“We must be able to set the pace, we must have a law that is binding so that when I want to contest, someone will not say you are a woman.”

On his part, Fuad Adeyemi, National Chief Imam, Al-Habibiyyah Islamic Society, while opposing the bill, said that when making laws it was important to understand the essence of law.

“Our religion has the Divine Law that is unchangeable; no human being can change it and there is also the Peculiar Law made by people.

“Islam is not a mandate religion that one man will come and amend a law, that will not stand,” he said.

Also, Nasiru Baba-Saleh, an assistant director in the Ministry of Women Affairs, said everyone should be given equal opportunity regardless of gender to aspire politically.

Yemisi Nathaniel, Programme Manager, Women’s Rights Advancement Protection Alternative (WRAPA) appealed to the lawmakers to “listen to our points on the bill” in order to pass it.

For his part, the Director-General, NILDS, Professor Abubakar Sulaiman said the conversations on the bill were very positive.

Represented by Dr Adewale Aderemi, Director Democracy and Governance, NILDS, Mr Suleiman said that “those that were opposed to the bill are now reading it differently.”