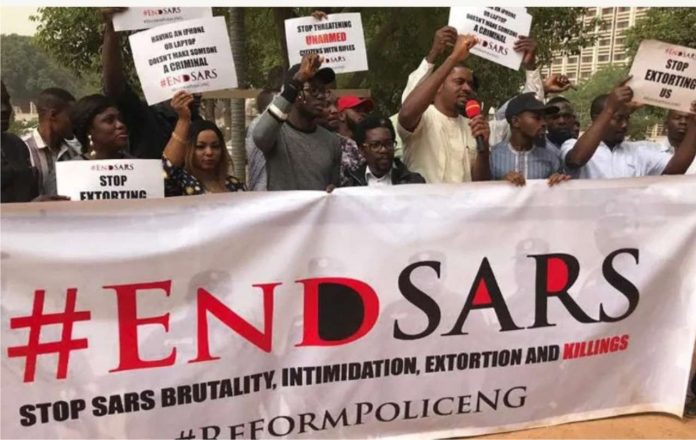 The Coordinator of Al-Mu’minaat Social Advocacy Project (SAP), Mrs. Sherifah Yusuf-Ajibade, has called for the suspension of the #EndSARS protests.

In a statement on Monday, she said the protest has gone from great to gruesome.

“It is no doubt that the police have not been friendly in any way to the people they are meant to protect. They have actually become the problem they were set up to quell. Our experience with SARS notwithstanding, the last two weeks have been an exemplary manner of forcing our sordid experience down the throat of our government. Thank God, the government has been responsive in record time by acceding to the demands of the people. However, Nigerians can no longer move freely and the #EndSARS protests have continued to threaten our collective social and economic activities. The protest is bringing hardship to us as a people and we cannot but call for it to come to an end. Beheading is not the remedy to a headache,” she said.

According to Mrs. Yusuf-Ajibade, Nigerians have observed that some sinister agenda has crept into the whole process and a good cause now has evil intentions.

She said: “Lesbian, Gay, Bisexual, Transgender (LGBTQ) is now a major part of the voice being championed and surreptitiously paying their way into the agenda.

“Let it be known that we are a people of values and upright culture. We value family, and so our society is not up for grabs. We reject LGBTQ+ agenda in its totality, for no good can come from a way of life inimical to human existence. It is unnatural, unconstitutional and so shall it remain. Keep your funding for we are not in need of it and its donors.”

A Lagos-based lawyer, Wasiu Amoo, said the conveners of the protest have lost focus.

He said: “It is obvious from the happenings now that the conveners of the protest and the protesters have lost focus and at this juncture, the best for them is to retreat to re-strategise. It is no more peaceful protest; it has become violence protest, wreaking havoc on innocent members of the society.”

According to him, protest all over the world is always peaceful without violence or blocking of roads or attacking people.

He added: “I saw a video where the protesters used car to knock a man down, another one where girls were raped and the youth who rescued them called on the same police for help. We need to really lend our voices to this issue, because it is already out of hand.

“It is expected that by now they should give opportunity to the Government to attend to the demands placed on their table and use the opportunity to re-strategise, but unfortunately they are adamant on continuing the protest even when is no more peaceful.”