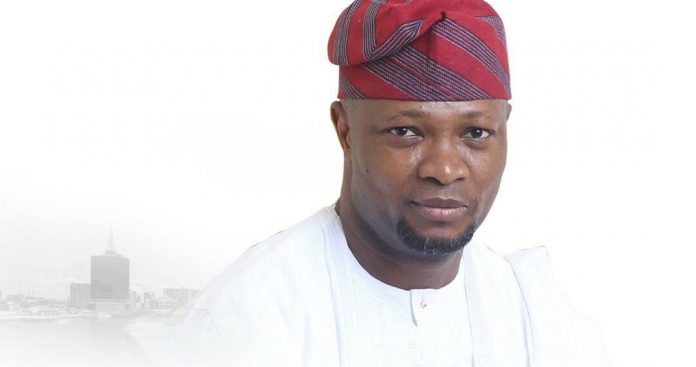 The campaign train of the Peoples Democratic Party(PDP) Governorship Candidate in Lagos State, Dr. Abdul-Azeez Adediran (Jandor), was again attacked by political thugs on Wednesday in the Kosofe area of the state.

While Adediran’s campaign train was attacked by political thugs around Ikosi- Isheri area of the local government on Tuesday, the team also came under attack at Oworo Road, Oworosonki area on Wednesday.

The hoodlums, who hauled stones, bottles, and other dangerous objects at the campaign train and blocked the Oworo Road, insisted that the campaign team would not be allowed to access the road.

The situation would have degenerated into chaos if not for the candidate’s directive that the hoodlums should not be attacked by his security team.

After being held hostage for about 45 minutes, the security personnel were able to chase the attackers away.

Similar attacks had happened in Badagry, Agege, and Ikorodu areas since Adediran kicked off his tour of the 245 wards in the state on Oct. 19, 2022, in which some of his supporters and journalists were wounded.

Adediran’s running mate, Funke Akindele, was also chased out of the Kosofe fruit market on Tuesday.

Speaking on the development, Mr. Hakeem Amode, the Lagos State PDP Publicity Secretary, told newsmen that such a trend was not healthy for democracy in the country.

Amode called on President Muhammadu Buhari and the Inspector-General of Police, Usman Alkali Baba, to investigate all attacks on the party’s campaign train in various parts of the state.

According to him, both the Nigerian Constitution and Electoral Act allow campaigns by all registered political parties without harassment by political thugs

“It is unbelievable at this stage, that these are happening in a state that prides itself as the Centre of Excellency. It is sad that we cannot campaign freely.

“Electoral Law allows us to campaign anywhere in Lagos State but it is unfortunate that political thugs could attempt to stop us.

“On Tuesday, we were attacked in several wards in Kosofe and we were even prevented from entering markets to the campaign.

“We are more disturbed to hear that some of our loyalists, who came to welcome us, were prevented from entering the markets to continue their businesses,” Amode said.

According to him, the trend has been happening for a very long time, saying, “this is probably the fourth or fifth local government this will be happening.”

“I am using this opportunity to call on President Muhammadu Buhari, who has promised Nigerians a free, fair, and credible election, to consider the process leading to the election in Lagos State.

“It is not only the election day that matters, the processes that lead to elections are equally important for the credibility of the election.

“I am also calling on the Inspector-General of the Police, the Commissioner of Police in the state and all Area Commanders of Police, and the Director of the DSS in Lagos State should be aware of this. We cannot continue to live in fear.

“All these happenings are capable of intimidating the general public, especially the voters. This cannot continue,” he said.