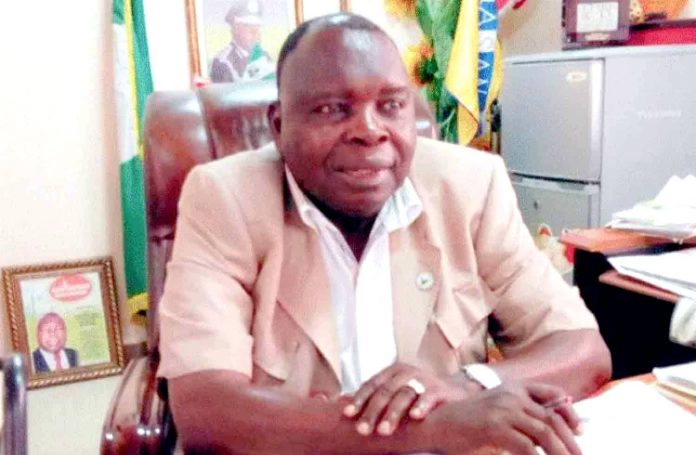 Retired Deputy Inspector General of Police and senatorial candidate for the All Progressives Congress, APC, Akwa Ibom North-West, Udom Ekpoudom has described those asking him to step down for Senator Godswill Akpabio as enemies of Abak federal constituency, popularly called Abak5.

Ekpoudom made the assertion on Friday, in his office at Ediene Abak, in Abak local government area, while reacting to speculations in the state that some elders of his party, the APC have prevailed on him to step down for Akpabio.

He vowed that he would never succumb to the pressure to opt out of the race, as it would amount to betraying his federal constituency which remained the only one in Ikot Ekpene senatorial district (Akwa Ibom North West) to produce a Senator since the creation of the state.

His words: “Some people have been appealing to me to step down, but I’ve been saying no. And will continue to say no because it is not my project precisely, but the people’s project.

“It is only Ikot Ekpene federal constituency which has produced five senators and somebody wants to come in again from there. it is not possible. Abak-5 is ready, so I look at those coming to tell me to step down as enemies of the Abak federal constituency.

” Even if they want to offer me the Head of state, I won’t accept. All I want is to get what belongs to us. If Abak5 loses now, it would affect the whole federal constituency and senatorial district”

The APC senatorial candidate described the rumours making the rounds in some quarters that he has stepped down for Akpabio as laughable.

Ekpoudom who is the proprietor of Tower of Ivory Schools said Godswill Akpabio has made himself an enemy of Abak 5 people by his refusal to take the advice of key stakeholders and elders of the party including, Chief Don Etiebet, not to contest for the seat in 2023 for justice, and fairness.

“He (Akpabio) has the right to do whatever he wants to do. He has turned himself into the enemy of the Abak5 people and that’s not the best. Don Etiebet is somebody that we respect in Akwa Ibom, and if somebody like that talked to him and he didn’t hear who will talk to him and he will hear?”, He asserted.

He however assured that addressing the issue of the high level of poverty among the people would be one of the first things he would do if elected into office,

The Retired DIG, frowned at the way politicians are creating insecurity, saying,” How politicians empower the youth is by giving them arms and ammunition, by giving them money to take hard drugs. I can not do or encourage such things. I will make sure the youths are gainfully employed”