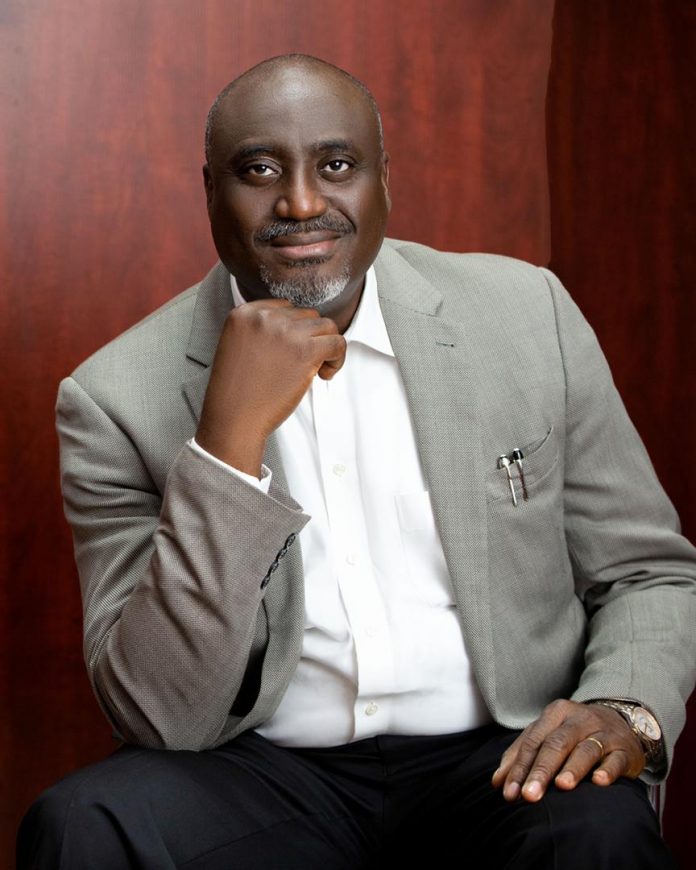 A sense of humour is part of the art of leadership, of getting along with people, of getting things done. -Dwight D. Eisenhower

Great leaders can make you laugh. This doesn’t mean they are jesters or comedians. Far from it, they’re great people who enjoy what is called a sense of humour.’

Sense of humour is an important quality in leadership. Don’t let anyone tell you otherwise. People remember people who make them smile. Humour can ease a tense situation. It is that secret flavour that can change a boring situation into a pleasant one.

Sense of humour and humility are two different sides of the same coin; people with one always have the other, and Y.C Maikyau has the two in abundance. He had not once, not twice used his sense of humour to fill the Oputa Panel with joy and laughter. He had, not once, not twice put beautiful smiles on the admirable, serious face of Hon. Justice Chukwudifu Oputa GCON of blessed memory.

Hon. Justice Chukwudifu Oputa GCON of blessed memory. This is a sacred name. Ladies and gentlemen, let’s all stand up and observe a minute silence for this legal giant, legal oracle, the justice who could read as he wrote sound judgements, and wrote sound judgements as he read; the man who is quoted every day on earth while he is in heaven; the economist, historian and grammarian judge whose voice was as delicate as a shy-flower and as penetrating as a spear pierced into the beating heart. The judge whose judgements occupy a permanent seat in the African jurisprudence. Rest well, My Lord.

For those of us who aren’t familiar with the Oputa Panel, its official name was the Human Rights Violations Investigation Commission of Nigeria. It’s mandated to investigate human rights violations during the period of military rule from 1984 to 1999. Imagine how filled and tensed the commission would be; how nervous the petitioners and respondents were.

In one of the sittings of the commission, the hall was filled. The bar was occupied. Most of the lawyers sitting in the bar were junior lawyers. Out of professional respect for junior lawyers which is he’s known for, Y.C Maikyau didn’t ask any of the junior lawyers to stand up for him to sit, as most senior lawyers do. Instead, he found a place in the gallery and sat. When his matter was called, the humble Y.C Maikyau stood up and announced his appearance.

‘With profound respect My Lords and other honourable members of the Commission, my name is Y.C Maikyau,’ he said. ‘Maikyau is spelt M.a.i.k.y.a.u, My Lord,’ he added.

‘Why are you not sitting with the bar? Why are you so far away?’ My Lord, Hon. Justice Chukwudifu Oputa asked him. The entire commission turned to Y.C Maikyau to hear what he had to say.

‘My Lord, my friends were intimidating me. So I had to take the rear seat.’ he said in his usual amiable, polite and humorous way. Everyone burst into laughter.

With a smile on his face, Justice Oputa said, ‘Well, bring a petition before us now. We’ll deal with that.’ And everyone laughed again.

Y.C Maikyau understands the flowers of rhetorics. He knows where to find them, when to pick them and how to use them. Don’t just believe what I write. Google it. YouTube it. Facebook it. You’ll see for yourself how he’s used flowers of rhetorics to calm the people he’s cross-examining down, and made them feel at home while answering his questions.

In another session of the commission, Y.C Maikyau was cross-examining General Donaldson Oladipo Diya. For those of us who aren’t familiar with the person of General Oladipo Diya, he’s, among other things, a lawyer, the Chief of the General Staff, and the de facto Vice President of Nigeria under General Sani Abacha from 1994 to 1997. General Oladipo Diya is, without a doubt, a great man. On that day, he’s in the witness box, ready to be cross-examined by Y.C Maikyau. Picture that.

‘What, in your opinion, Sir, do you consider the details of the coup?’ Y.C Maikyau asked him.

‘… put yourself in my position (shoes),’ he answered after laying a foundation. The whole commission was drowned in silence. Y.C Maikyau was the only man standing in the hall. An army General had asked him to put himself in his shoes.

‘Sir, you have a very big shoe size,’ Y.C Maikyau said politely and respectfully, ‘I can’t step into your shoes.’

That single response at that classic comic timing forced the whole hall to burst into laughter, including the General.

A person without a sense of humour is like a wagon without springs. It’s jolted by every pebble on the road. – Henry Ward Beecher

People of humour are always to some degree people of genius. -Samuel Taylor Coleridge

Y.C Maikyau SAN has a great sense of humour. His dry wit and remarkable ability to render someone speechless with a well-placed one-liner, is extraordinary. And he uses that to make his point without insults or disrespect.

Sani Ammani is a Legal Practitioner with Abdullahi A. Duro & Co., and he writes from Kano.