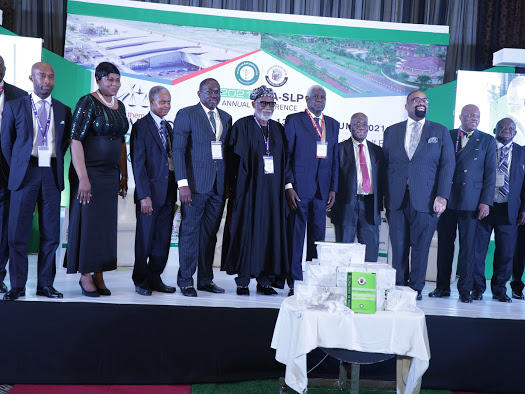 To whom much is given, as the saying goes, much is expected.

As far as the Nigerian judiciary is concerned, however, the question among stakeholders in the independence of the judiciary as an arm of government and, more importantly, as a guarantor of democratic governance, is WHAT exactly is being given, how much of it, and what is being demanded of the judiciary in return.

That was the question that agitated the minds of participants at a panel discourse during the annual conference of the Nigerian Bar Association’s Section on Legal Practice in Uyo, the Akwa Ibom State capital. Chaired by E. C. Ukala, SAN, Principal Partner at the law firm of EC Ukala & Co., the panel pondered over the issue of what the judiciary would do with its new-found autonomy in a manner that vastly enhances the administration of justice in Nigeria.

Setting the ball rolling, Hon. Justice Benedict B. Kanyip, President of the National Industrial Court, sought to make the often-overlooked distinction between autonomy and independence, stressing that the two concepts are not one and the same thing.

The more consequential issue of independence, he added, is not without the need for accountability on the part of the judiciary, but this independence must be meaningful and substantial in the long run. That, he insisted, is not the situation at present.

In fact, he said, the judiciary is to some extent, already financially autonomous, even if that comes with all manner of shackles that inhibit its ability to deliver fully on its mandate.

He remarked on the expenditure threshold instituted by the administration of former President Olusegun Obasanjo, which is still extant, as an example of the judiciary’s lack of independence.

Also speaking, Dr. Babatunde Ajibade, SAN, Chairman of the NBA’s Judiciary Committee, was far more concerned with the role of the legislature as a mediator of sorts between the executive and the judiciary, two arms of government whose relationship seems more adversarial than complementary.

By virtue of its unique lawmaking powers, said the learned silk, the legislature can use the opportunity of the current constitution amendment exercise to speed along the process that culminates in the true independence of the judiciary.

Far from needing another amendment or review, which in his view, will be largely cosmetic in the long run, however, Dr. Ajibade called for a total overhaul of the document and its provision.

He also decried the equally sad tendency of some in the judiciary, in their demand for a disproportionate amount of the nation’s financial resources in the name of autonomy, to compare its allocation with what the executive arm is ‘chopping’. Governance, he said, should not be reduced to a ‘chopping’ contest (to see who ‘out-chops’ whom!)  neither should it be measured by the number of armed security a Judge has relative to, say, a Governor – when what is needed is an equally total overhaul of the nation’s security strategy.

On the issue of provision of amenities to the judiciary by the executive, and what this implies for the independence of the former, the learned silk called, instead, for a statutory government such as America’s General Services Administration (GSA) to assume that role on behalf of ALL the arms of government.

Speaking from the perspective of the legislature, Hon. Onofiok Luke, who chairs the House of Representatives on the Judiciary, lamented what he called the ‘tendency’ of the executive to control the affairs of not just the judiciary but also the legislature.

He compared the lone policeman and security vehicle attached to a typical Judge in Nigeria to the massive convoys and panoply of well-armed officers as an example of this disparity.

On her part, the retired Justice OA Williams of the Institute of Paralegal Services, called attention to the role of the Bar in supporting the quest for judicial independence, and went on to enumerate the ways in which the NBA could play this role effectively.

Both she and Jonathan Taidi Esq. the immediate past General Secretary of the NBA, who spoke next, sought to downplay the importance of the current amendment exercise in enhancing the judiciary’s ability to deliver timely justice within the confines of its present powers.

The judiciary does not need another amendment exercise, in the view of Taidi, to fully execute powers it already has, but is not deploying to the maximum. The United Kingdom’s constitution, Justice Williams reminded the House, is, after all, largely unwritten but is no less potent in its effect on the polity.

In summary, the panel agreed with Justice Kanyip of the NIC that this discourse, though ongoing, ought to have as its ultimate result the attainment, not just of financial autonomy in its truest and most sublime sense, but a judicial institution unfettered by nothing but the provisions of the law. Whether or not the constitutional amendment exercise will see to that remains to be seen.