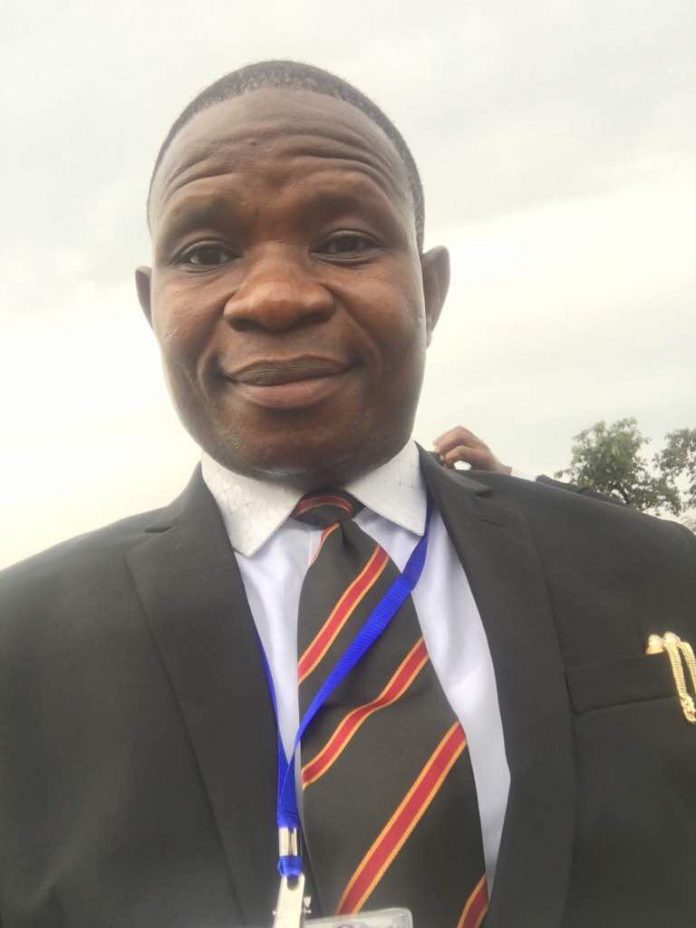 The NPF (Establishment) Act 2020 Has Not Completely Disengaged Lay Policemen From Criminal Prosecution; It Is a Serious Setback For Criminal Justice Administration In Nigeria – By Sylvester Udemezue

I had late on 19/09/2020, seen a post/comment going round on the social media, and suggesting that the Nigeria Police Force (Establishment) Act, 2020, had finally brought to an end the ugly era of use of Lay (non-lawyer) Police Prosecutors in Courts of Law in Nigeria. I was highly elated because this is one area on which I had done a lot of writing ✍️ and advocacy. After reading that post on the social media, I made efforts to get the new (2020) Act, to read that section and see things for myself. I am now greatly disappointed to see that by virtue of section 66(2) of the Act, LAY policemen are still accommodated in criminal prosecution in Nigeria. This is the worst disappointment of 21st century Nigeria; this appears to portray us as a people who prefer backwardness and stagnancy, to advancement and growth.
It also appears to support the notion in some quarters, that our Bar Association does not care about us. Where was the Nigerian Bar Association (NBA) during the “public hearing” that was said to have been held prior to the passing of this Act? Was the NBA not invited? Did it not send Representatives? What had happened? Why are we still where we were? (discussion for another day)

Now, to take that power to prosecute (in court) alway from LAY POLICMEN, there was/is need for some legislative intervention/instrument. That is what the ACJA, 2015 appears to have done ✅. See section 106. The Administration of Criminal Justice Act (ACJA), 2015, governs all criminal trials for offences created by any Act of the National Assembly as well as offences punishable in the Federal Capital Territory, Abuja, but does not apply to Court Martials. See section 2, ACJA, 2015.

Further, as I learnt, the Ebonyi State ACJL has done something similar. The news we had got from
Kano State had earlier indicated that a similar action had been taken, until unfortunately, we saw that the Kano State ACJL still permits LAY policemen to prosecute; section 123(2) of the ACJL, Kano provides: “Nothing in this section shall prevent a Police Officer from prosecuting any offence triable by any Magistrate’s Court”

Since the ACJA 2015 does not apply to all courts in Nigeria, some lawyers had mounted heavy advocacy for replication/extension/expansion of the position under the ACJA, 2015, to all other criminal jurisdictions in Nigeria. I wrote several published commentaries on this. And in a published learned paper, I had made the following suggestions, among others:
“… it is considered pertinent here to recommend that relevant governments and stakeholders should, as a matter of urgency, set necessary machinery in motion to amend provisions of the Administration of Criminal Justice (Repeal & Re-enactment) Law, Lagos63, the Criminal Procedure Code Act and the Criminal Procedure Laws of the various States in Nigeria, so as to extend or replicate this innovative step started by the ACJA to all other courts and criminal jurisdictions in Nigeria, with a view to completely removing lay police officers from all aspects of criminal prosecution in all parts of Nigeria. Such move, which is long overdue, would considerably reduce the amount of delays currently being experienced in criminal proceedings and ensure a speedier and more effective administration of criminal justice. Lay police officers’ involvement in criminal prosecution is partly responsible for the worsening cases of awaiting trial64 cases and prison congestion in the country. Because of their professional limitations in this area, so many of the so-called police prosecutors are not able to match or withstand the legal firework of professionally qualified lawyers who act as defence counsel in courts during criminal prosecutions, because these lay police officers do not understand the intricacies of formal courtroom proceedings and trial procedure, and more often than not have very little or no preparation prior to their court appearances. There is no doubt that when lay police officers are finally completely disengaged from criminal prosecution in all the courts in the country, more jobs would be available for professionally qualified legal practitioners; prosecution of all criminal cases in all courts in Nigeria would then be taken over by only lawyers. However, the clamour for extrication of lay policemen from criminal prosecution is primarily not targeted at creating more jobs for lawyers, but rather at leaving criminal prosecution in the hands of lawyers who alone understand the law and are well able to match the expertise of defence counsel in court, fire-for-fire, to ensure that justice is dispensed in good time and more efficiently” (see: Udemezue SC, “DISENGAGING LAY POLICE OFFICERS FROM CRIMINAL PROSECUTION FOR A MORE EFFICIENT CRIMINAL JUSTICE ADMINISTRATION IN NIGERIA” (African Journal of Constitutional and Administrative Law) http://journals.ezenwaohaetorc.org/index.php/AJCAL/article/view/854 accessed September 20, 2020).

This is why I had felt elated on hearing the news (19/09/2020) that the NPF (Establishment) Act 2020 had taken us to the Eldorado as far as this was concerned — elated until I read the said section myself. Section 66(1) of the NPF (Establishment) Act, 2020, grants legal Practitioners the right to prosecute, although this is an unnecessary provision because there are already many laws granting legal practitioners the right of audience in all courts in Nigeria. Section 66(1) provides: “Subject to the provisions of sections 174 and 211 of the Constitution and section 106 of the Administration of Criminal Justice Act which relates to the powers of the Attorney-General of the Federation and of a State to institute, take over and continue or discontinue criminal proceedings against any person before any court of law in Nigeria, a police officer who is a legal practitioner, may prosecute in person before any court whether or not the information or complaint is laid in his name.”

However, section 66(2) NPF (Establishment) Act, 2020 creates a serious confusion when it says a policeman can prosecute any offense that a “non-qualified Legal Practitioner” is permitted to prosecute. Section 66(2) provides: “A Police Officer may, subject to the provisions of the relevant criminal procedure laws in force at the Federal or State level, prosecute before courts those offences which non-qualified legal practitioners can prosecute.”

QUESTION:
Who is a “non-qualified Legal Practitioner?” What sort of absurdity is that? One is either a legal Practitioner (as defined in sections 2 and 24 of the Legal Practitioners Act) or one is not. However, that term (“non-qualified Legal Practitioner”) could be reasonably interpretated to mean ”a person who is not qualified as a legal practitioner.” If we accept that interpretation, then, the NPF (Establishment) Act, 2020, has obviously taken us back to square one in this wise; it means that NO progress has been made. The implication is that it is only under the ACJA, 2015, and in those states (if any) where the statutes have expressly or by implication barred the LAY (non-lawyer) policemen from prosecuting, that we can confidently say lay policemen are not qualified to prosecute?

The question is, ARE WE UNDER A SPELL? How could we in the 21st century, enact a Law with such a retrogressive and archaic provision? Anyway, I am happy that section 66(3) is a step in the right direction, and has brought some cheering news. It provides: “There shall be assigned to every police station at least one police officer: (a) Who is a legal practitioner in accordance with the legal practitioners Act; and (b) Whose responsibility is to promote human rights compliance by officers of the division.” I recall that I had in my humble intervention during the 2019 NBA Annual Conference held in August 2019, in Lagos, called for the Establishment of Legal Sections at Police Stations Across the Country. Then, in a commentary circulated on social on September 01, 2019, and later published to the wider public on December 30, 2019, I had written thus in this respect:
“… if the Police Act is amended to provide for setting up of a legal section in every Police Area Command, and Divisional Police Office, each of such legal sections to be headed by a Divisional Legal Officer (DLO), just as we have Divisional Police Officer(DPO) as the executive head of the entire police division and then a Divisional Crime Officers (DCO) and DTO (Divisional Traffic Officer),etc. The DLO would become the head of the legal section in the police division, with mandate to advice the DPO, DTO, DCO, and other men and officers of each police station on observance of human rights requirements in treatment of arrestees (arrested persons) and detainees, to draft criminal charges and First Information Reports (FIR) for filing in relevant Magistrate Courts, advising the police on what offense to charge to court and on what to not charge, and on when to institute a charge and when to not, etc. This would in turn decongest our courts as fewer cases would be filed, because frivolous charges would have been weeded out at the investigation level. Besides, Lawyer-police officers from the various legal sections of police divisions would also participate in prosecution of cases in Magistrates courts. This has two more additional advantages:
(a) There would be need to employ more lawyers into the police force to meet this high demand for prosecutors; and
(b) With Lawyers as prosecutors at Magistrates Courts, defence lawyers would wake up and begin to take their cases at the Magistrates courts more seriously, seeing that they’re no longer dealing as prosecutors, with only police officers who have little or no knowledge of prosecutorial knowhow/expertise or finesse.
▪️Besides, the ends of justice would be better realized since we now have only legal officers on all sides — Magistrates, Prosecutors, and Defence Counsel. Finally, with each police station having a LEGAL SECTION headed by a DLO, complaints of Human rights abuses at the police stations would reduce drastically as the level of police compliance with chapter 4 of the Constitution as well as other provisions relating to investigation and prosecution would increase.” (See: Udemezue S.C., “Enlarging Job Space & Making Lawyers More Useful to Society: My Double-Edged-Sword Recommendation To 2019 NBA Annual Conference on How To Brighten The Future Of Nigeria’s Legal Profession” (The NigeriaLawyer December 30, 2019) https://thenigerialawyer.com/enlarging-job-space-making-lawyers-more-useful-to-society-my-double-edged-sword-recommendation-to-2019-nba-annual-conference-on-how-to-brighten-the-future-of-nigerias-legal-profession-by/ accessed September 20, 2020).

Section 66(2) of the Nigeria Police Force (Establishment), 2020, which purports to authorize non-lawyers to appear as prosecutors in courts of law should be amended immediately — as a matter of extreme urgency. As I stated in my paper, already cited above (on disengaging lay police officers), “there is hardly any good ground for continuing to accommodate lay prosecutors within the Nigerian criminal justice space. The practice of using policemen who are not lawyers to prosecute criminal cases in Nigeria dates back to the colonial era; there was then insufficient number of qualified lawyers to handle such cases, thus justifying their involvement which used to be in the nature of extemporization. Happily, today, the legal profession in Nigeria has come of age; there are currently over [120,000] qualified lawyers in Nigeria. So, just as it happened in 1913 when an application by one J. Osho Davies[65] to be appointed a local (self-taught) attorney in Nigeria was turned down by the Chief Justice of Nigeria on ground that the era of self-taught attorney was over in Nigeria, today, [in 2020], the use of lay prosecutors in the Nigeria`s criminal justice administration has become outmoded and ought to be discontinued in all courts, as the practice has done, and still does more harm than good to our judicial and justice system. The Nigerian Federal legislature (the National Assembly) deserves kudos for the innovative stride in the ACJA, 2015, but the job is not complete until all other relevant statutes are modified to follow suit, so as to rid our criminal justice system of activities of quack prosecutors who, as far as criminal prosecution is concerned, are nothing but square pegs in round holes.”