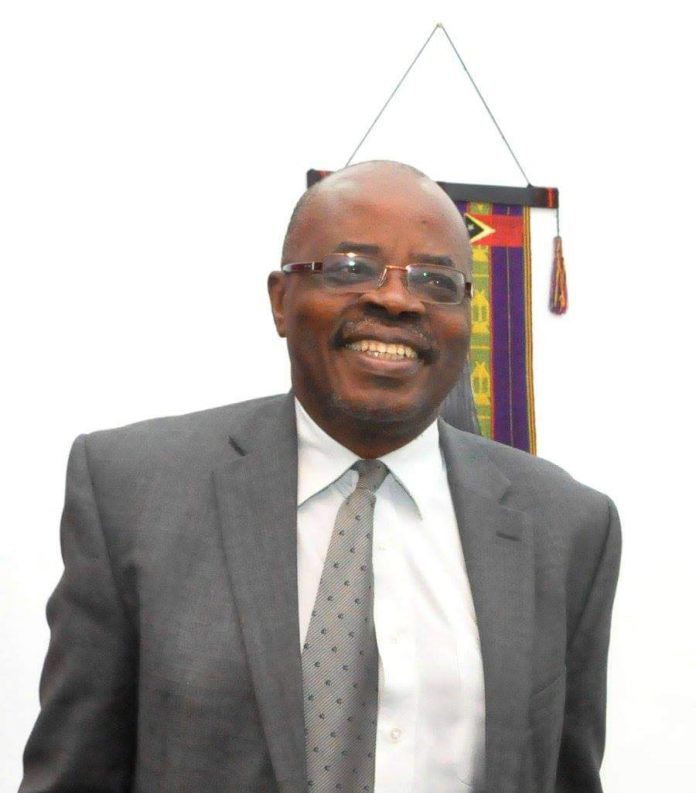 And now, the First Vice-President of the NBA recently made a statement that articulates a militaristic upholding of the Nigerian 1999 Constitution.

His constitutionalism overlooks the failure of the state to provide security as expected under that same constitution.

The NBA First Vice-President by his oversight on constitutionalism makes the NBA be in cahoot with our beautiful Governor who reportedly sees kidnapping for ransome with killing, maiming and raping as collateral in the process, as “business” and superior to those asking for the division of Nigeria. So many issues are thrown up for consideration by the purported statement of the NBA’s First V-P.

Thanks for the statement by Olumide Akpata, the NBA President who recognized the fact that peaceful protests “do not deserve to be “crushed”. It equally points to the fact that the 1999 constitution is not cast in stone in as much as Nigeria remains a signatory to the UN Charter amongst others.

More importantly for me, the fact that the 1999 Constitution recognizes procedure for amendment puts the human beings in every epoch above Article 2 or any other Article since they can seek amendment. Elsewhere, I have articulated the realization of a confederal Nigeria as others want restructuring.

How many Constitutions has Nigeria had in the last 60 years of its existence. The Independence Constitution gave way to the Republican Constitution in response to political demands under a civilian government before the 1979, 1989 and 1999 Constitutions were foisted by military regimes.

Should a purportedly “democratic” government even headed by a military General not have pacific settlement approaches to popular demands for self-determination by many Nigerian nationalities?

I don’t want to join “my bandit” is better than yours types of arguments. Certainly, Sunday Adeyemo a.k.a Sunday Igboho is not a bandit or terrorist like the ones Sheikh Gumi has been romancing with as he presses for federalized ransomes to be budgeted beyond the current subsidies being paid to terrorists.

But even then, does Sunday Igboho deserve the type of multi-security apparatuses invasion that he faced last week for any reason when he has killed no one but only disarmed killer Herdsmen that the world has recognized as terrorists who were killing his relations?

Should he be castrated or face extra-judicial killing or as NBA V-P says: “crushed” for calling for a peaceful rally in support of self-determination for a Yoruba nation?

Is the overnight attack on Igboho the type of Nigeria that the NBA stands for? Are human lives important for the NBA and its human rights section that I believe the First Vice-President leads? Aside from properties allegedly destroyed, the FGN and Igboho are agreed that people were killed at Igboho’s residence during the failed attempt to arrest Sunday Adeyemo. Extrajudicial killings of citizens is now supported by the NBA? Are there procedures we, as members of the NBA, should stand for on arrests and searches of homes?

Should the brigandage in the whisking Nnamdi Kanu back to Nigeria be endorsed by the NBA? Are there procedures for extradition as opposed to rendition? Should the NBA dance in favour of violations of international law and still claim to the world that it exists to promote the rule of law?

The NBA has “promoting rule of law” as the cornerstone of its existence. It’s the raison d’etre. So, I disagree with the NBA President that the NBA First Vice-President has a personal capacity to express such militaristic modes of expression like “crush” citizens as if we are in a militocracy. Of course, he has a right to articulate his views as any other Nigerian but definitely not to expressly undermine the rule of law as a way to uphold the Constitution of Nigeria and he still remains the First Vice-President of the NBA.

The NBA should clearly stand up for the rule of law and ask its First Vice-President to leave the office for his statement even if on his Facebook page. Statements on Facebook are public and different from dinner table talks.

The NBA leadership owes all of us the duty of accountability and need to separate us from a First V-P who thinks and articulates the need to, in this day and age, “crush” citizens even before their days in Court.

It is my hope that the NBA will stand up and not confirm that an organization gets the type of leadership it deserves.