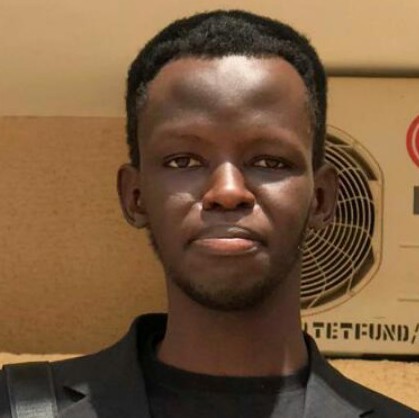 An industrial action or job action, has been defined by the Merriam-webster dictionary as a temporary action (such as a slowdown) by workers as a protest and means of forcing compliance with demands.

Labour or trade unions in Nigeria, especially, have been known to embark on such an exercise as a viable means of canvassing home their demands. These Unions are embodiments of many other bodies, some of which are the major stakeholders of some sectors.
In recent times, the country has witnessed an unprecedented surge in strikes and protests by workers, all of which are forms of industrial action.

These moves have mainly been in an attempt to avail to the government to assuage the plights and working conditions of their members. The Nigerian Labour Congress Union and the Trade Union Congress were recently on the verge of embarking on strike over Government’s hike in petrol prices.

Notable among the plethora of industrial actions rocking the Nation is the one embarked on by the Academic Staff Union of Universities (ASUU), the parent Union of Federal and State Universities. In March 2020, it declared that it had embarked on a two-week warning strike, which has now plateaued into the longest strike since the Trade Union was founded in 1978.

Amidst the controversial industrial actions, one question that still remains a fog in the atmosphere is the legality or otherwise of such exercises in Nigeria. This article, therefore, is an attempt to bring clarity to this question within the Nigerian context, as well as to give a fragmentary outlook of the position in foreign climes.

An Examination Of The Right To Industrial Action In Foreign Jurisdictions

At the international law level, the validity of an industrial action is guaranteed expressly or impliedly by some legal instruments. Nigeria is a signatory to some of these documents.

Some countries have this right expressly provided for in their grundnorm. The United Nations estimates that there are at least 90 countries with such a provision in their constitution.

The Nigerian Position on Industrial Action

The right of workers to carryout any form of industrial action is impliedly stated under section 45 of the 1999 constitution. It provides that “Every person shall be entitled to assemble freely and associate with other persons, and in particular he may form or belong to any political party, trade union or any other association for the protection of his interests.”

Although before this right can be exercised, section 18 (1) of the Trade Disputes Act states that all the procedures specified in section 4 or 6 of the Act must be followed. It also prohibits an employer from embarking on any strike.

In the case of N.U.E.E. v. BPE. (2010) 7 NWLR (Pt. 1194), it was held by the Supreme Court that strike is a fundamental right of workers. In the instant case, employees of the National Electric Power Authority came together to defend their interests through strike action. Delivering the lead judgment, Chukwuma-Eneh., JSC, as he then was, however, noted that their fundamental right to strike is not absolute. His Lordship’s reasoning was that the NEPA, being a body that supplies electricity to the whole nation, would put the economy and country at large in chaos when they eventually embark on a strike.

Section 2 (1) of the Trade Disputes Act outs the jurisdiction of the courts to hear matters arising from trade disputes. This includes a bar on the courts to attend to strike-related disputes.

The Court of Appeal voided this provision in the case of A.-G., Oyo State v. N.L.C. [2003] 8 NWLR (Pt.821). As per Adekeye, JCA, “the Constitution has become the organic law of the land – and it takes precedence over and above all other Laws, Decrees. The Constitution is now supreme and no other law inconsistent with it can survive vide sections 1(1), 1(3) of the 1999 Constitution.”

Conclusion
Labour Unions in Nigeria have the constitutional right to embark on any form of industrial action known to the law, to press home their demands. It is the opinion of this writer, relying on the judgement in NUEE V. BPE, that any Trade Union can be sued if their industrial action infringes on the rights and duties of others. This is in line with the provision of Section 45 (1) of the 1999 Constitution.

Therefore, any legal action to be initiated against a trade union on the basis of strike, or any form of industrial action, will depend on whether the Union in question is a juristic person, and the extent to which the plaintiff(s)’s right(s) has been affected by the Industrial Action complained of.