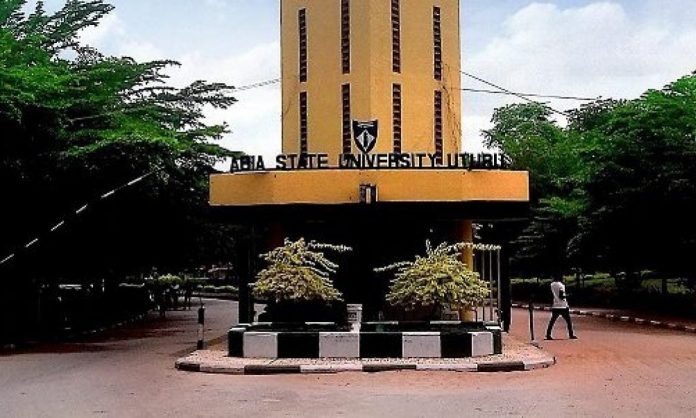 Gunmen kidnapped an undisclosed number of students from the university last week, but some were able to escape, leaving one in captivity.

They were kidnapped about 8 p.m. on Wednesday along the Okigwe-Uturu route.

Okezie Ikpeazu, governor of Abia, said in a series of tweets on Saturday night that his administration has taken steps to improve security around the region where the abduction occurred.

The governor stated that those responsible for the students’ abduction will be held accountable.

“It is with immense joy and relief that I declare the release of the only kidnapped ABSU student who was still in the custody of the hoodlums who abducted some people a few days ago along the Okigwe-Uturu Roa.

“It is with exceedingly great joy and a very pleasant sense of relief that I announce that the only kidnapped ABSU student who was still in custody of the hoodlums that abducted some people few days ago along the Okigwe-Uturu Road has been freed,” Ikpeazu tweeted.
“I spoke with her and her mother minutes ago and want to thank God, our security agents and the management of ABSU for a job well done leading to this good news.

“Our administration has since taken measures to strengthen security around the area where the incident happened and even beyond it to ensure security of lives and property which remains my number one assignment as Governor and it is one duty I will never take lightly.

“We will surely take justice to those who abducted our student as we will not cohabit this state with criminals. To God be the glory!”