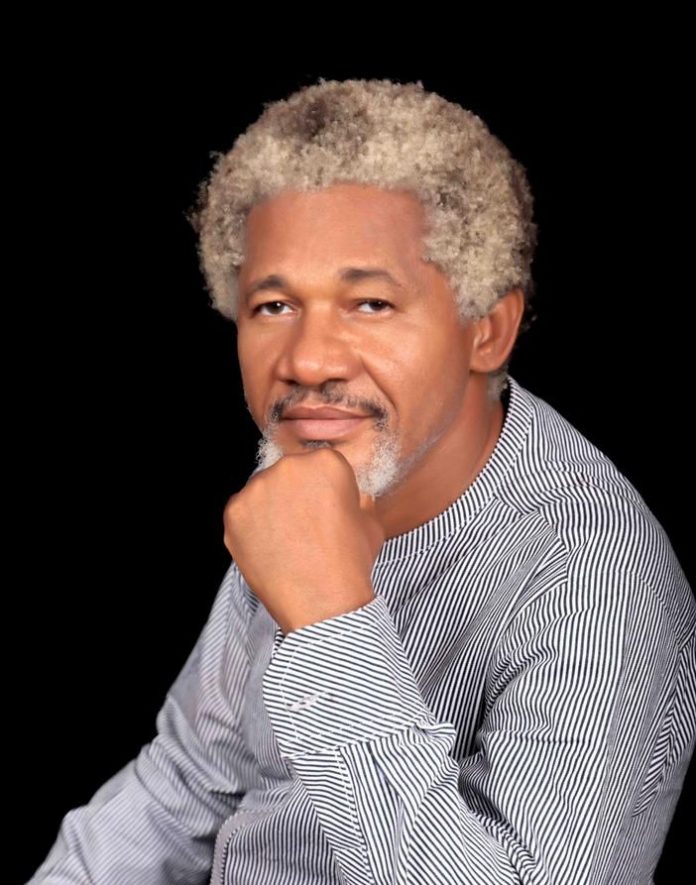 I lack words to describe the gruesome murder of Fatima, a pregnant woman and her four children, five commercial bike riders and a suya vendor in Anambra State on Sunday . To me this act is not only inhuman but devilish.For goodness sake these are human beings in their legitimate places of abode and business living their lives only for some savage cowards to cut short their lives for no just cause . While from all reports Fatima is from Adamawa State , the state of origin of the 6 others are not known.

While nobody has claimed responsibility for the dastard act many are pointing accusing fingers at the outlawed Indigenous People of Biafra (IPOB) who have distanced itself from the incident, making the allegation against her a mere suspicion.

I have read quiet a number of tweets and commentary from some Nigerians who claim to be speaking for Nigerians whose state of origin are located in the Northern half of Nigeria on the murder of Fatima and others and their safety in the South East and I dare say that they have failed to properly distil the issues arising therefrom .

These self-appointed leaders goof up when they compared the public and the international community response to the murder of Deborah Samuel and that of Fatima and ten others. They failed to appreciate the fact that the two scenarios are different . In Deborah’s case the murderers and their motive are known and the prime suspect callously confessed to having commited the crime . But in Fatima’s case , the murderers and their motive are not known and nobody has own up to the crime . In Deborah’s case the act of her murderers got the endorsement of many religious and political leaders, elites and the majority of the public in the North which infuriated the Nigerian public and international community but in Fatima’s case her murderers did not get the endorsement of religious and political leaders, elites and the public in the South who were too shocked and grieved to speak at the barbaric act and their silence mischievously taken to mean endorsement by these self styled defenders of the North.

Again these self appointed leaders of the North goof up by seeing the murder of Fatima and others as a North and South Nigeria issue instead of a national issue . The fact that a group of criminals murdered Fatima and others in Anambra does not make every indigene of Anambra state and the entire South East people culpable criminals . Similarly it will be a fallacy of hasty generalisation to call every Nigerian whose state is situated in the Northern part of Nigeria as a Boko haram, terrorist or a religious bigot and Islamic fundamentalist just because some group of young men in Sokoto murdered Deborah Samuel.

I want to advise these self appointed leaders and defenders of the North to stop playing the North and South dichotomy card anytime that it is convenient for our politicians , elites and leaders to the gullibility of the general public . I state here imperatively and instructively for Nigerians to know that there is nothing like Northern Nigeria, Eastern Nigeria , Western Nigeria and Southern Nigeria . What we have is a one Nigeria with over 250 nationalities expressed in 36 States and a capital. It is imperative and instructive for Nigerians to be informed that the North and South Nigeria dichotomy is a mirage or if you will a dead horse . Not to be mistaken about the sham called the North and South dichotomy of Nigeria , I ask why is it that it is only in times of belligerence when a group of manipulators in the Nigeria are looking for foot soldiers to fight their wars that they fly the kite of North and South dichotomy of Nigeria ? A look at the genocide on the indigenous peoples of Benue, Plateau , Kaduna , Taraba , Nasarawa , Kebbi , Adamawa , Zamfara and through out the entire North currently going on shows that there is nothing like what this manipulators and merchants of death call one Northern Nigeria . When it comes to Federal Government employments, appointments , contracts there is nothing like one Northern Nigeria but when it comes to fighting there is a one Northern Nigeria ..

As we mourn Fatima , her children and the six others . I want to urge us to assist the government to fight the perpetrators of this heinous crimes that is if the government itself is not responsible for fueling the violence and unrest in Anambra state and in the entire country .

As we mourn Fatima and others, I wish to remind us that violence can not take us anywhere and that we must learn to use intelligence and peaceful means to resolve our problems.

As we mourn Fatima and others I want to appeal to us to stop the act of killing Nigerians who are sojourning or residing in states other than their own states of origin because it will take us no where and at the end of the day we shall all be losers.

As we mourn Fatima and others I am calling for peace and begging everybody concerned to give peace a chance and I am also calling on the Nigerian government to perform its responsibility of protecting the lives and properties of Nigerians .

Until we see the murderers of Deborah and Fatima and others as criminals that deserves punishment to serve as a deterrent to others,. I am afraid that we are heading for rocks . Until we see both incidents objectively without tribal or religious sentiments then we are done for . Until we see both incidents as a fight of humanity against inhumanity , good against evil and light against darkness then we are doomed and are bound to make the same mistakes of 1966 and 1967 . The only way not to make this same mistake again is for all well meaning Nigerians in the North not to allow themselves to be used again. Never again ! .