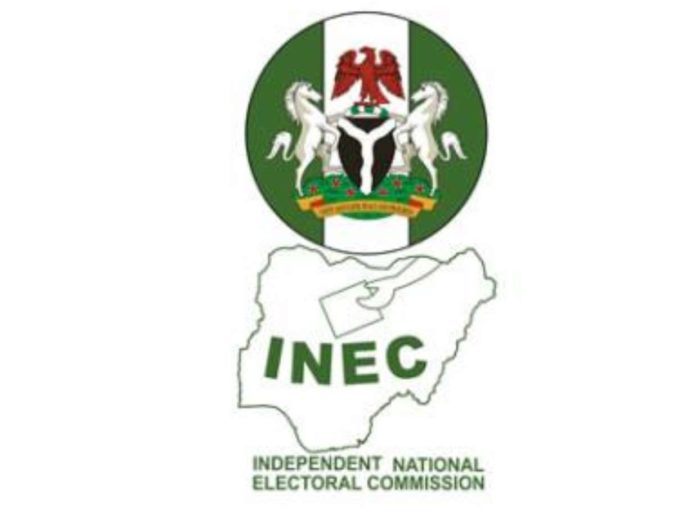 There is palpable tension in the Independent National Electoral Commission, INEC, over the continued push by the All Progressives Congress, APC, leadership to ensure participation of Senate President, Ahmad Lawan, and Godswill Akpabio, in the 2023 senatorial elections of Yobe North and Akwa Ibom North West senatorial districts, respectively.

Contrary to what the leadership of INEC had told Nigerians that the commission is legally bound to stand by the monitoring reports received from “our state offices”, verified pieces of information suggest that INEC may have ignored these reports in some states of the federation, including Kano, Sokoto, Abia, Ogun, Oyo and Akwa lbom.

This has not gone down well with some Resident Electoral Commissioners, RECs.

In fact, the morale of INEC staff at some of the state offices has been dampened because some of the reports of the monitoring committees are either being tampered with or ignored.

As a result of this, INEC has instigated and encouraged many litigations in various federal high courts across the country.

At the last count, the commission acknowledged that there are over 300 cases filed in court that it is joined as a party. That is not all.

The Election and Political Parties’ Monitoring, EPM, and Legal Department of the Commission, under the direction and control of INEC leadership, have become theatres of intrigues, as politicians are preying on both departments to perfect their underhand ploys.

There are reports by highly strategic sources at INEC headquarters that the commission accepted from leadership of the APC, particulars of candidates that claimed to have conducted primaries that its state offices did not monitor.

For instance, in Kano, where the REC, Professor Risikuwa Shehu-Arabu, addressed the press recently that the only governorship primary the state office monitored produced Mohammed Abacha, son of late maximum dictator, General Sani Abacha, but was changed by PDP leadership and INEC’s EPM Department for one Ambassador Sadiq Wali.

In Yobe State, where Senate President Ahmad Lawan has tried unsuccessfully, so far, with APC leadership, to intimidate Bashir Sheriff Machina, winner of the senatorial election to step down, other forces have been mobilised, with a view to getting the name of the Senate President on the ballot.

It was gathered that an attempt was made to persuade the immediate past REC in Yobe, Ahmed Makama, who had served as a special adviser to former President Olusegun Obasanjo, to endorse as received, a letter dated June 7, 2022, instead of its original which had a June 22, 2022, date, when the letter allegedly got to the Yobe office of INEC from the leadership of the APC.

This happened before the REC handed over on expiration of his tenure last month. REC Makama rebuffed all entreaties.

The letter would have suggested that the APC leadership had earlier given indication to INEC that a fresh senatorial primary was in the offing as early as June 7, 2022, wherein the Senate President may have participated in a primary monitored by INEC as stipulated by law.

But the letter itself would have created an impossible scenario as Senator Lawan was contesting for the presidential ticket at the party’s convention in Abuja at about June 7, 2022.

Under Section 84(1) of the Electoral Act 2022, monitoring of party primaries by INEC is mandatory. The Act used the word, shall, twice, to underscore the importance.

It states: “A political party seeking to nominate candidates for elections under this Act shall hold primaries for aspirants to all elective positions which shall be monitored by the commission.”

Section 29(1) of the 2022 Act provides that only “candidates that emerged from valid primary” can be submitted to INEC for publication.

Section 84(13) states that where a political party fails to comply with the provision of the Act, INEC shall reject the names submitted to it by political parties.

Just as it happened in Kano, the story is same in Abia, where, in the previously published particulars of NASS candidates, INEC that monitored Abia Central Senatorial District primary won by Sam Onuigbo, who defeated his closest rival, Chief Henry Okoh, by 157 to 152 votes, has surprisingly accepted from APC one Emeka Atuma, who Onuigbo alleged, did not buy nomination form for Senate and never participated in the process, to replace the winner.

Again in the just published particulars of candidates 48 hours ago, APC NWC first wrote a letter for the use of direct mode of primary that was monitored by INEC state office, but another parallel primary with indirect method was allegedly held at another venue not monitored by INEC, yet a former civil servant staff of INEC recently appointed as national commissioner instructed that the name of the individual from the so-called indirect primary conducted without ward, LGA and state delegates should be forwarded and the primary monitored by state office ignored.

Worse still is Akwa lbom State where out of the 26 candidates that emerged from valid primary elections conducted and monitored by INEC state office, only two names were taken from the report of the state office.

No APC governorship candidate, in line with the state office report.

Curiously, INEC published names of candidates not monitored by its state office.

In Delta State, where there was a valid Federal High Court judgment served on INEC, with specific, unequivocal orders of court that disqualified Mr. Sherrif Oborevwori and “commanded” both PDP(2nd defendant) and INEC (3rd defendant) separately, as parties, to replace the disqualified Oborevwori with the name of Mr. David Edevbie, both PDP and INEC are yet to comply with the orders of the court.

Instead, INEC wrote a letter merely to remind PDP of the judgment.

The letter completely betrayed INEC’s reluctance to enforce the order of the court, compared to the content of similar letters circulating in the social media in respect of court orders to PDP in the past.

In its letter to the National Chairman of PDP, dated 27th June, 2022, and signed by Rose Oriaran-Anthony, Secretary to the Commission, and titled, NOTIFICATION OF PENDING ORDERS IN SUIT NO. FHC/ABJ/CS/807/2022 BETWEEN DR. MICHAEL ONOLEMEMEN & 2ORS. V. INEC, SUIT NO. FHC/ABJ/808/(2022)BETWEEN BARRISTER NOSA ADAMS & 8ORS. V. INEC & SUIT FHC/ABJ/809/2022 BETWEEN CHRISTABEL O. EKWU & 23ORS. V. INEC AND THE NEED TO COMPLY WITH THEM, INEC said: “The commission hereby draws the attention of Peoples Democratic Party, PDP, to the orders of Court arising from the three (3) suits listed above.

“2. In line with the Orders of Court, the commission is restrained from accepting and recognising any list of candidates other than the list containing the names of the plaintiffs as the PDP’s duly nominated candidates for the election of the seats of:

“b. Nine Federal House of Representatives of Edo State, and “c. The twenty four House of Assembly Constituencies across Edo State.

“3. Accordingly, the commission expects the PDP to forward the nomination forms of the respective candidates as ordered by the Federal High Court, Abuja.

“4. Please accept the assurance of the commission’s warm regards.”

As a reminder last week, INEC again wrote to the PDP National Chairman on 18th July, 2022.

“This is to draw your attention (to the Judgment) Order of the Federal High Court of Nigeria, Abuja, in the above mentioned suit which has been served on the commission.

“5. While hoping your party takes note of the Judgment Order, please accept the assurance of the commission’s warm regards.”

The letter was signed by Rose Oriaran-Anthony, Secretary to the Commission. Right now, the Commission is funtus officio in the two cases.

However, its National Chairman, Professor Mahmoud Yakubu, has come under heavy pressure, specifically in the case of Senators Lawan and Akpabio from the leadership of APC.

He is yet to shift grounds.

Although, in a July 9, 2022, press release issued by Festus Okoye, National Commissioner and Chairman, Information and Voter Education Committee, the commission made its position clear: Inter alia, Okoye stated in the release, “… In relation to the primaries for the Akwa Ibom North West and Yobe North senatorial districts, the commission stands by the monitoring reports received from our state offices.

“For this reason, the commission did not publish the personal particulars of any candidates for the two constituencies at variance with the state reports.”

Sources at INEC informed Vanguard that political parties, particularly the ruling APC, is mounting pressure on the leadership of the commission.

It was learnt that some of the back-and-forth that had gone on in recent days about names published by INEC as candidates, some of who did not participate in primaries monitored by INEC, or did not even purchase nomination forms, may not be unconnected with underhand moves going on at the commission.

It was told that some of INEC’s recent publications containing names of those whose nomination fell short of legal requirements was a “testing of the waters because the Lawan and Akpabio situations have become very notorious and delicate.”

An aggrieved INEC commissioner at its national headquarters, expressed worry that “if the commission is allowing itself to be seen as complicit in party affairs, this will erode the confidence of the people in INEC’s own electioneering activities when it takes charge of general elections. Does it mean INEC would become unreliable?”

In an ARISE television interview, Femi Falana, SAN, expressed worry at the lack-lustre attitude of the political leadership in the country to obey simple laws.

According to him, Section 115(D) of the Electoral Act, 2022, which Senate President Lawan helped package “has criminalised double nomination.

Falana’s position came against the background of moves by the APC leadership seeking to ensure that the names of Lawan and Akpabio are forwarded as senatorial candidates in Akwa Ibom and Yobe states.

Section 115(D), in respect of nomination offences, states that it is an offence when “a person… signs a nomination paper or result form as a candidate in more than one constituency at the same election”.

Also reacting yesterday, Mr Rotimi Oyekanmi, Chief Press Secretary to the INEC chairman, said: “The commission is not under obligation to publish the name of any candidate not validly elected in a properly organised primary election monitored by INEC. It’s in the Electoral Act 2022.”