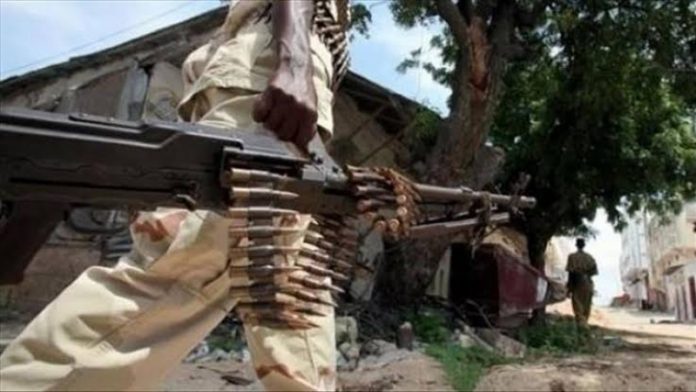 Suspected Assassins on Rampage in Anambra, Gun Down Three in Quick Succession

It was gathered that the deceased were in a meeting within the premises of the community town hall when the suspected assassins, numbering about five, stormed the area.

Information has it that three of the gun-wielding men on arrival moved straight to each of their targets and gunned them down at close range.

The shooting triggered stampede as people scampered for safety.

Describing the incident as a shock, a resident of the area, who spoke on the condition of anonymity, said: “What happened here this afternoon took everybody by surprise and, as you can see, everybody is in fear. The assassins planned this operation very well that they killed all their targets.

“Their corpses are still lying there and nobody is ready to near the scene; even the police have not come.

“Two of the deceased were from the area while the other was from the neighbouring Umuoji community.”

Efforts to reach the President General of Nkpor community, Chief Innocent Mbagha, for reaction failed as his line was unreachable.

The state Police Public Relations Officer (PPRO), CSP Haruna Mohammed, promised to get back to the reporter on confirmation of the incident but did not as at the time of filing this report.