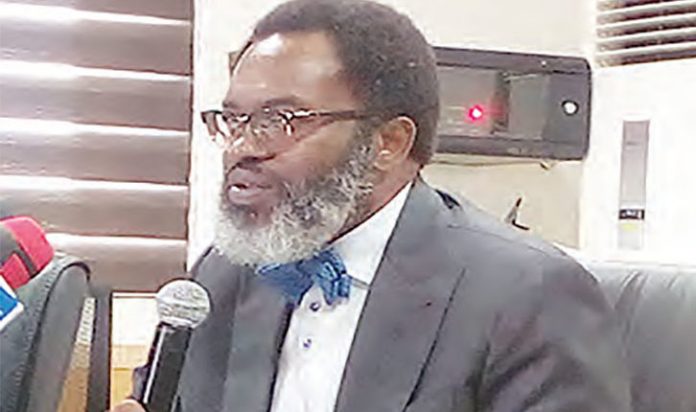 LAGOS – Lagos State government has urged the striking members of theJudiciary Staff Union of Nigeria (JUSUN) to resume and open the gates of the courts to litigants.

The appeal was made on Thursday at a meeting the executives of JUSUN in the state held with representatives of the government.

The state government, during the meeting averred that there was no need for the strike as the judiciary is already enjoying full financial autonomy in accordance with the provisions of the constitution, the various court judgment and Executive Order 10.
The meeting was presided by the Chief Judge of the state, Justice Kazeem Alogba.

Others at the meeting included the Attorney General, Moyosore Onigbanjo SAN, the Head of Service among others.

A report of the meeting made available to newsmen by the state Assistant Secretary JUSUN, Adesanya Dare David stated that Justice Alogba who presided over the meeting stated that” Lagos State Judiciary has been enjoying the total compliance of Financial Autonomy on Recurrent Expenditures at 100 per cent from the State and on Capital Expenditure, he also stated that Lagos State Government has al so been compliance 75 per cent.”

The Chief judge stated  further that “though it could  be better they are very satisfied with the Lagos State Government and the strike action is not needed in Lagos state.”

The report further stated that the Chief Judge assured them that their request on staff welfare would be dealt with as a matter of urgency and that a chain of communication has been opened on the issue.

Onigbanjo in his statement confirmed that the judiciary has been enjoying Financial Autonomy and he sees no reason for the strike action in Lagos State.

The Head of Service (HoS), Hakeem Muri-Okunola in his address, stated that while he cannot prevent the union from joining the strike,  it should be in solidarity since the State has been 100 per cent compliant.
He also pleaded that the courts should be open for service to the public.

The JUSUN Executive, in their reply to the meeting, stated that the report would be forwarded to the National Secretariat in Abuja for further directive.