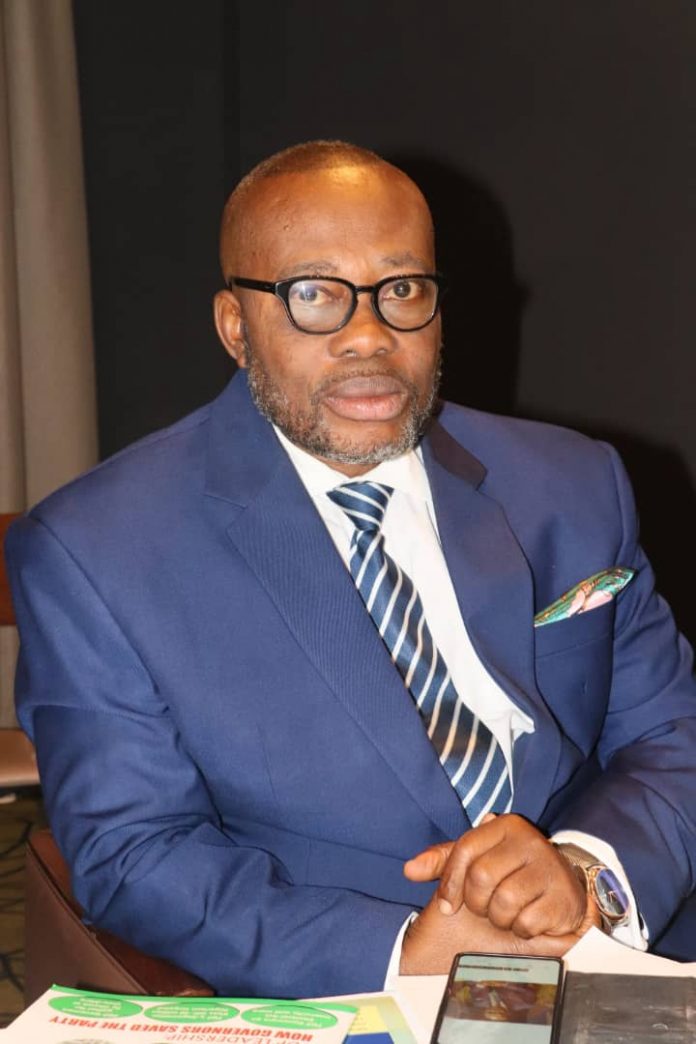 The Nigerian Bar Association Section on Public Interest and Development Law (NBA-SPIDEL) is alarmed at the declaration of the Inspector General of Police (IGP), Mr. Usman Alkali Baba that Asset Management Corporation of Nigeria (AMCON) needs the collaboration of all Assistant Inspectors General of Police (AIGS) and Commissioners of Police (CPs) in the 36 States of the Federation in its debt recovery drive.

The IGP made this strange declaration recently in his office in Abuja when the Managing Director/Chief Executive Officer of AMCON, Mr. Ahmed Lawan Kuru paid him a courtesy visit. He had advised AMCON officials that all they need is just a letter, and the police will swing into action in arresting those who are indebted to AMCON. This statement from the IGP portends grave danger as it portrays the mindset of the police chief that is in-charge of security of lives and properties in a democratic Nigeria. On several occasions, the security agencies have been warned especially by the Supreme Court from intermeddling into matters that are purely civil and without any criminal ingredients.

AMCON was established to take over bad debts from the banks and to pursue recovery of such debt from the banks’ debtors. It is a commercial and contractual relationship that entails only civil proceedings to recover same. Shockingly, the security agencies have assigned themselves the illegal and unenviable role of debt recovery for individuals and corporate bodies, an act the IGP seems to be canvassing in his speech to the AMCON officials. For the upteempth time, NBA-SPIDEL reminds the EFCC, Nigeria Police Force, SSS and other law enforcement agencies that as a constitutional democracy, Nigeria accords full rights to its citizens. Those rights can only be curtailed or derogated by a law made in a democratic society. Of recent, the Economic and Financial Crimes Commission (EFCC) has engaged in indiscriminate storming of hotels and houses at odd hours and barging into the rooms of near-naked, sleepy lodgers.

The commission claims that its aimed is to arrest “yahoo boys”. These gestapo-style mode of arrest is not only provocative but clearly unacceptable, as it negates global best practices in the anti-graft battle. We assert that investigation and evidence should always precede arrests. These agencies not only err in deploying crude methodology in investigation of crime in the 21th century, they apparently derive unwholesome pleasure in detaining suspects indefinitely and without arraignment and trial, as prescribed in Chapter Four of 1999 Constitution. It is noteworthy that despite the recent order of the Federal Capital Territory (High Court) in Abuja that one Gloria Okolie who has been in detention since her arrest by the operatives of the IGP’s Intelligence Response Team (IRT) be released or charged to court, the police have refused to comply with this order to release the suspect after over eighty (80) days of illegal detention. Instead of complying with the order, the police authorities approached the court recently, urging the judge to reverse his order on the matter without providing any reason for the strange request. Admirably, the learned judge stood his ground.

The NBA-SPIDEL deprecates the resurgence of rampant police brutality, incursion of security agencies in civil and contractual matters, illegal arrests and long detention, constant violation of guaranteed rights of citizens, despicable and mannerless treatment citizens which if we recall were part of the reasons for End-Sars protest, the scars from which we are yet to recover. We insist that Nigeria is a full blown democracy with every provision of the constitution intact, that must be obeyed as the supreme law of the land. We enjoin the Nigerian Judiciary to be alert and refuse to be cowered in the hallowed duty of protecting the rights the citizens. SPIDEL enjoins every legal practitioner to wake up from slumber and be ready to seize all the legal opportunities and avenues to seek redress on behalf of citizens who have become endangered species by reason of security agencies’ desire to turn Nigeria into a police State.