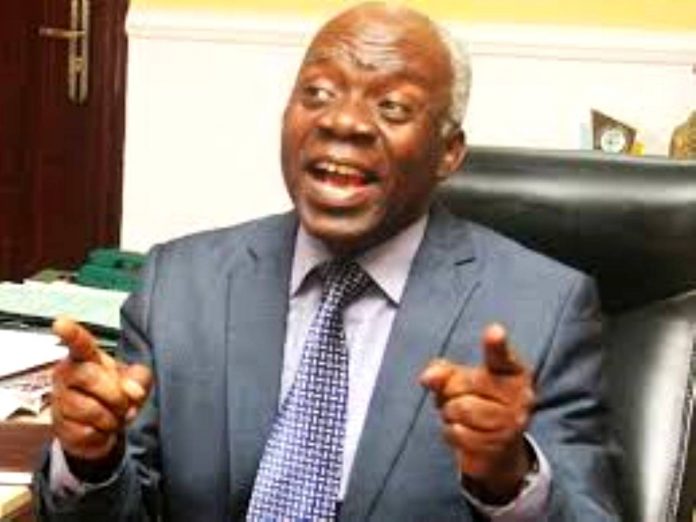 But faulting the move, Falana, in a statement, said: “Apart from the sabotage of the national economy, the crime of oil theft has portrayed Nigeria as a nation where official impunity has been institutionalised by the Government. Apparently embarrassed by the involvement of highly placed military officers and their civilian collaborators in the scandalous offence of oil theft the Federal Government has adopted measures to end it.

“In an embarrassing justification of the criminal conduct, the Chief of Defence Staff, General Lucky Irabor said that the swift destruction of the oil bunkering vessel by the criminal suspects is in line with “the rules of engagement.” As if self help has become part of the rules of engagement the General said the vessel was caught in the act and security agents subsequently set the instrument of operation ablaze, noting that no investigation is needed to carry out the action. It is trite law that only the Federal High Court is empowered to order the interim or final forfeiture of any vessel that was used for conveying stolen crude oil.

“Therefore, the statement credited to General Irabor is a deliberate attempt to cover up the involvement of military personnel in the serious crime of oil theft as there is no provision of the rules of engagement that authorises military personnel or security operatives to set fire or destroy vessels loaded with stolen crude.

“In view of the gravity of the offence that is being covered up by the military oligarchy, General Irabor ought to resign his appointment to prevent the sabotage of the ongoing operations designed to expose the perpetrators of oil theft in the Niger Delta region.”

If the General decides not to call it quits, the Commander-in-Chief of the Armed Fores, President Muhammadu Buhari should not hesitate to fire him. After all, by authorising the engagement of non state actors to carry out the constitutional duties of the armed forces, the President has lost confidence in the leadership of the armed forces.  Furthermore, the President should order the Chief of Army Staff to ensure the immediate arrest of the military personnel who set the vessel on fire with a view to charging them with arson and allied offences before a court martial.”