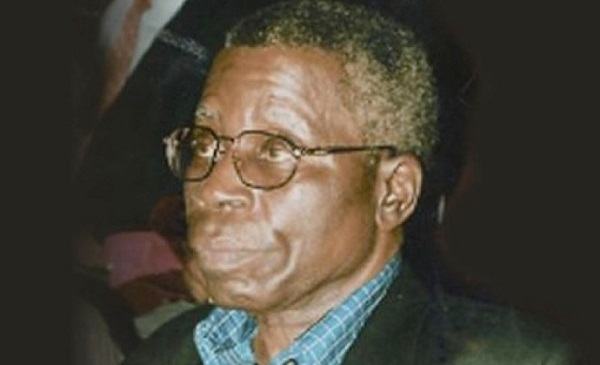 •Soyinka renews call for reopening of the unfinished business, 20 years after

Nobel laureate, Prof. Wole Soyinka, has once again renewed his call for the Federal Government to expose the killers of Chief Bola Ige, former Minister of Justice and Attorney-General of the Federation, as well as other politically motivated assassinations, especially in the Sani Abacha era. Prof Soyinka, who has been relentless in calling  on successive governments to unravel the mystery surrounding Ige’s killers, seized the opportunity of the ‘Foreword’ he wrote to Chief Bisi Akande’s book, ‘My Participations’, to renew his call on the government to unmask the killers.  But today marks the 20th anniversary of his heartless murder.

Chief Ige was murdered in his Ibadan residence, Oyo State, on December 23, 2001. At the time, he was the country’s chief law officer. Ige arrived his residence from Abuja and went to his bedroom to rest. His police orderlies had sought for permission to go for dinner outside the premises, an opportunity the assassins seized to carry out their mission. Shortly before the assassination, Chief Ige’s cap was removed right in the public at the Ooni of Ife’s palace in Ile-Ife. A few days later, Mr Iyiola Omisore reportedly threatened Chief Ige in a magazine interview.

Arrests were made and confessional statements reportedly obtained from some suspects after the murder. Mr Omisore who was detained for interrogation in connection with the incident was elected senator even while in prison. Ige’s wife, Atinuke, a Justice of the Court of Appeal died of shock when she saw the charade that her husband’s murder trial had become. The trauma was too much for her to bear.

It will be exactly 20 years tomorrow that Ige was killed. Yet, his killers are still at large. From the Olusegun Obasanjo administration that Ige served in as chief law officer, to the incumbent Muhammadu Buhari administration, mum has been the word on the murderers of Chief Ige. Indeed, it would seem there is official complicity to bury the matter, as the Oyo State judiciary at a time declared the matter closed. The question is: what sort of closure was that? Chief Ige did not die peacefully in his sleep.

His guards all left for dinner at the same time, leaving his flanks open to attack. He was brutally murdered. Even if he was not a top government functionary, we should be interested in knowing his killers, especially given the unsavoury developments in the build-up to his gruesome assassination. That he was a top public officer, indeed the country’s chief law officer, made finding his killers the more compelling.

Yet, it did not seem the Obasanjo government was serious about finding the killers, not to talk of punishing them. As a matter of fact, Chief Akande, who was deputy governor to Chief Ige in the old Oyo State in the first half of the defunct Second Republic (1979-1983), in his book said that much. He said the then President Obasanjo was more interested in containing social unrest that could result from the killing. Neither President Umaru Yar’Adua nor Goodluck Jonathan who succeeded Obasanjo appeared interested in the matter.

Here, we must commend the doggedness of people like Prof Soyinka who have been seizing every available opportunity to reopen the unfinished business. Indeed, far back as 2016, Soyinka had declared, once again, that “The government at the time of Ige’s killers knows the truth. That govt protected – I repeat – protected, and rewarded his killers. Those who wish to dispute this had better first immerse themselves in the circumstances of that murder, and the unconstitutional, indeed illegal trajectory of the principal accused…”

Hope was raised on Ige’s death and other political murders, when barely 15 months after Buhari came on board, the acting Inspector-General of Police, Ibrahim Idris, decided to reopen their cases. It was not clear at whose behest this decision was made but the police said it was their baby. Like other attempts before it, nothing came out of that effort.

As Soyinka noted in the foreword, “Successive governments have of course followed the same pattern of neglect and evasion. What we are compelled to demand, for instance, became of the panel of enquiries set up with such ringing determination by the current incumbent, General Buhari, into political murders that took place in those days, most prominent of which was that of the nation’s attorney-general and Minister of Justice?” Soyinka then asked a rhetorical question:”Where is the report that may, at the very least, bring a measure of closure to that dismal saga”?May be the jury would be out tomorrow.

Suffice it to say, however, that any unresolved crime, especially one as grievous as the one under reference, diminishes us as a nation, irrespective of who the victims are, be they very important personalities or even the poorest-of-the-poor. The truth is, we must expose those who committed these dastardly acts and let them face the law.

That is the only way to demonstrate that crime does not pay and that the state would always go after those responsible for such dastardly acts.It was Chief Ige and the others yesterday; we don’t know whose turn it would be tomorrow.