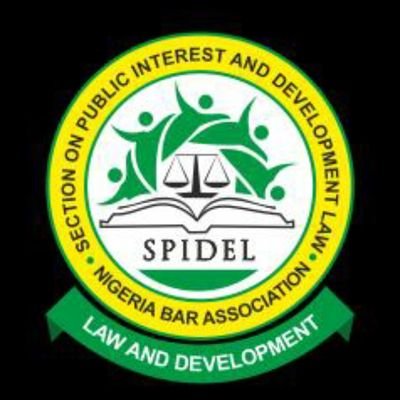 1. The last week, like many before it, has been replete with unfortunate developments that have trivialised the sanctity of human lives, exposed the weakness in our security architecture, tested our collective resolve as a people, and significantly threatened the unity of Nigeria as a nation. In the South-East, there were reports of the gruesome killing of security personnel by the now notorious “unknown gunmen” and other non- State actors; in Lagos, a young man (simply identified as David) was reportedly lynched by commercial motorcyclists around Lekki; and in Sokoto, there is the
unfortunate and heart-wrenching murder of Miss Deborah Yakubu, a 200-level student of Shehu Shagari College of Education, Sokoto by some of her school mates for alleged blasphemy.

2. The Nigerian Bar Association (NBA) is saddened by these developments and unequivocally condemns extra-judicial killings in any part of the country as
reprehensible, barbaric and unacceptable. Our security agencies must do more to stem these ugly developments, and ensure that the perpetrators of these heinous acts, wherever or whomever they may be, are made to face the full wrath of the law. The government should immediately commence the prosecution of all suspects involved in these brutal and arbitrary killings in order to send a strong signal that such acts will
longer be tolerated in Nigeria. The NBA also believes that the prompt and effective prosecution of the alleged killers will instil confidence in the citizens, promote
accountability, and signpost the government’s commitment to the rule of law.

3. With particular reference to the murder of Miss Deborah Yakubu and related developments in Sokoto, we note that some arrests have been made by the Nigeria Police and that the suspects are now being prosecuted. We are, however, worried by yet-to-be confirmed reports reaching us that the suspects have been charged with mere breach of public peace in an episode that cut short Deborah’s life in her prime.
The NBA is strongly opposed to a banalisation of the situation, and if these reports are true, then we call on the Sokoto State Government to immediately rethink its
prosecution strategy and file charges that truly reflect the gravity of the situation.

4. While the expectation of Nigerians and the international community is that the culprits should be brought to justice speedily for the appropriate offences, the demand for the release of the suspects by some protesting youths coupled with assault on innocent
citizens, burning of worship centres and destruction of property has added an entirely new and worrisome dimension to the unfortunate incident. This is clearly a test of the will of the State to fully enforce its laws and foster rule of law.

5. The NBA believes that the unity of our polity holds immense promise for our greatness and progress as a nation. For us, our unity, despite our diversity, has remained a threshold issue. In fostering this unity, the NBA and its various sections have made it a deliberate policy to rotate our annual conferences among the regions of the country.
In this respect, it is noteworthy that the NBA Section on Public Interest and Development Law (NBA-SPIDEL) held its 2019 Annual Conference in Aba, Abia State
while its next conference (2021) was held in the ancient city of Ibadan, Oyo State after the 2020 conference was cancelled on account of the Covid-19 pandemic.

6. Having held the two annual conferences in the old Eastern and Western regions, the Executive Committee of NBA-SPIDEL was unanimous in its resolution that the 2022 Annual Conference should be held in the Northern region, consistent with the NBA’s policy of inclusiveness. I am aware that NBA-SPIDEL sought to bequeath hosting rights on any willing State in the Northern region, and the hosting right was eventually given to Sokoto State when its Governor, H.E Aminu Waziri Tambuwal (Life Bencher) agreed that the Sokoto State Government would be a headline sponsor for the Conference.

8. The Executive Committee of NBA-SPIDEL led by Dr. Monday O. Ubani and the Central Planning Committee led by Dr. Muiz Banire SAN worked round the clock and held extended meetings to finalise plans towards delivering a best-in-class conference.
Unfortunately, it was in the middle of all these that we received the sad news of the gruesome killing of Miss Deborah Yakubu, whose murder threw the entire nation into shock and disbelief.

9. The NBA is deeply worried not just by the chilling news of the murder of Miss Deborah Yakubu, but also by the sudden and sad turn of events and the deteriorating security situation in Sokoto State. As such, having critically reviewed the current security condition in Sokoto, it has become apparent that we cannot guarantee the safety of our guest speakers, delegates and other stakeholders that have committed to attend the NBA-SPIDEL’s conference which was designed to put the State in the global spotlight for the duration of the conference and beyond. Accordingly, the Executive Committee of NBA-SPIDEL came to the painful decision to request, and I have approved, that the 2022 NBA-SPIDEL Annual Conference be postponed not only for the safety of our conferees and guests, but as a mark of respect for the memory of the slain Miss
Deborah Yakubu.

11. Lastly, we thank our delegates and our guest speakers who have made sundry expenses and commitments towards participating in the Conference. We apologise for any inconvenience that this postponement is sure to occasion. The NBA will continue to monitor the situation and will provide further information on next steps when normalcy returns.