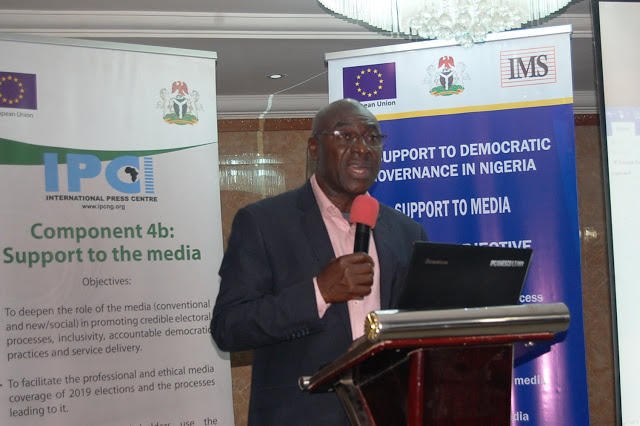 The Executive Director of the International Press Institute based in Lagos and former President of the National Association of Nigerian Students, Mr. Lanre Arogundade, has been released after he was arrested by officials of the State Security Service.

Arogundade was arrested on arriving at the Murtala Muhammed International Airport on Thursday.

He had travelled to The Gambia to attend and conduct a training programme on Conflict Reporting for Journalists, organised by the UNESCO (Gambia), and International Press Institute.

No reason has been given for his arrest as of the time of filing this report.

His arrest was disclosed in a statement titled, ‘Demand for Unconditional Release of Lanre Arogundade from Illegal Custody Of State Security Service,’ signed by human rights lawyer, Femi Falana (SAN).

“We have confirmed that his name is not on Watch List. Hence, he was not prevented from travelling out of Nigeria. We have equally confirmed that he did not commit any offence in The Gambia to warrant his arrest and detention by security agencies in Nigeria,” Falana said in the statement.

In fact, Mr. Arogundade conducted himself as a law-abiding citizen of Nigeria throughout his stay in The Gambia. Even though the State Security Service said that Mr Arogundade has no right to enter Nigeria, he has not been sent back to the Gambia or any other country that might have been adopted for him. Since the harassment of Mr. Arogundade cannot be justified, we are compelled to demand his immediate and unconditional release from the illegal custody of the State Security Service.”

In a tweet hours later, the International Press Centre confirmed his release, saying, “Mr. Arogundade @lanreipc has been released, and his Passport has been returned to him. Thank you all.”