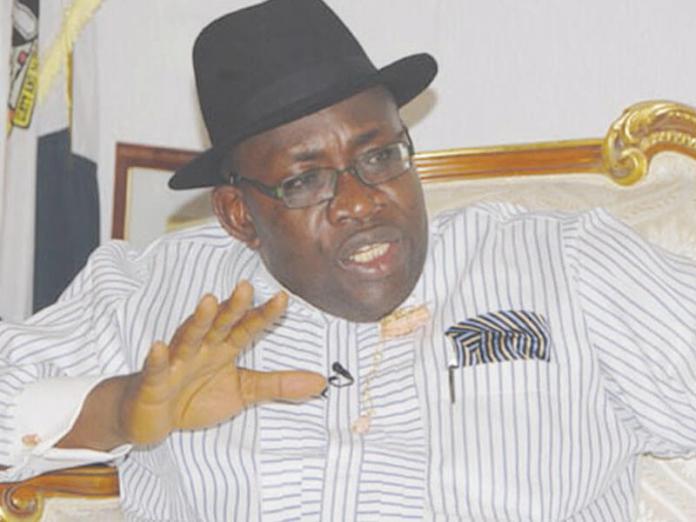 At least 6,280 suspected payroll fraudsters and employment racketeers in the civil service in Bayelsa are to face special courts currently being set up by the Bayelsa State Government,

In addition, the government’s prosecution team is said to be targeting those working with computer-generated certificates, beneficiaries of ‘indefensible’ astronomical promotions in violation of civil service rules and those receiving salaries from multiple agencies in the proposed action plan.

Already, Governor Seriake Dickson, told members of the Committee on Public Service Reforms that he had alerted the Commissioner of Police and had constituted a committee on prosecution on the ‘massive’ fraud in the state.

Dickson said that those indicted would be given the opportunity to appear before the nine-man judicial commission led by Hon. Justice Doris Adokeme.

“We have contacted the Commissioner of Police on the need for prosecution. I can assure you that no innocent person would be affected. That is why the Judicial Commission of Inquiry is there. Anybody who has a case, anybody who feels he is not fairly treated has the chance to go there.

“The prosecution team is waiting and the courts are waiting to commence action soon,” Dickson said.

It was gathered that the commission has discovered 3, 243 unauthorised employees in the Rural Development Authorities and 3,037 in the eight constitutionally recognised Local Government Areas of the state, making 6,280 so far.

Dickson was said to be alarmed that many ghost workers were still in the civil service system, despite the fact that he had been able to cut down the wage bill from about N6 billion when he came in five years ago, to roughly N3.6 billion currently.

Commissioner for Information and Orientation, Mr. Daniel Iworiso-Markson, said that full action on the committee’s report would commence soon, adding that the prosecution of those who committed crimes against the state, was expected.

“I think that should be expected. If you go out of your way to commit acts against the law, you will face prosecution.

“We are talking about a fraud perpetrated over the years that has made the state to lose billions of naira. So if the governor, who demonstrated the courage to take on this evil, is making moves to prosecute them, then it should not be a surprise,” he said.

Dickson said the policy was designed to give the citizens the opportunity to communicate directly with him on security, fraud and related issues in the state.

While giving out the four dedicated lines and social media handles tagged ‘Contriman Direct’, Dickson said it was designed to give the citizens the opportunity to communicate directly with him, adding that all information from concerned citizens would be treated with confidentiality.

He described payroll fraud as a crime against humanity and the Ijaw nation, stressing that citizens had a responsibility to act against those who receive salaries without working or those receiving multiple salaries.