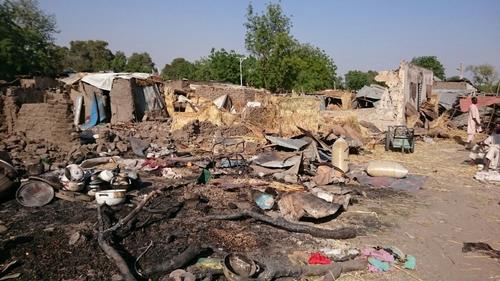 Sources said the insurgents came on Monday, around 1:30am, in large numbers and started shooting sporadically. The troops of the Nigerian Army, who attempted to engage the insurgents, were said to have been overpowered and dislodged.The insurgents were also said to have taken over control of the town.

Sources said most of the civilians ran into the bushes to seek safety, while some international and local humanitarian workers stationed in the town were reportedly trapped.Others were said to have found their way through the bush and moved towards the Cameroon border.Onyema Nwachukwu, army’s spokesperson, was not immediately available to comment on the attack.

Rann has come under attack over the years. In 2018, Boko Haram insurgents destroyed the United Nations International Children’s Fund (UNICEF) clinic, the only healthcare centre in the LGA.Sources within the area had told TheCable that troops repelled the insurgents after a fierce gun battle.The insurgents were said to have stormed the town with various calibers of weapons, such as anti-air craft guns and mounted trucks.