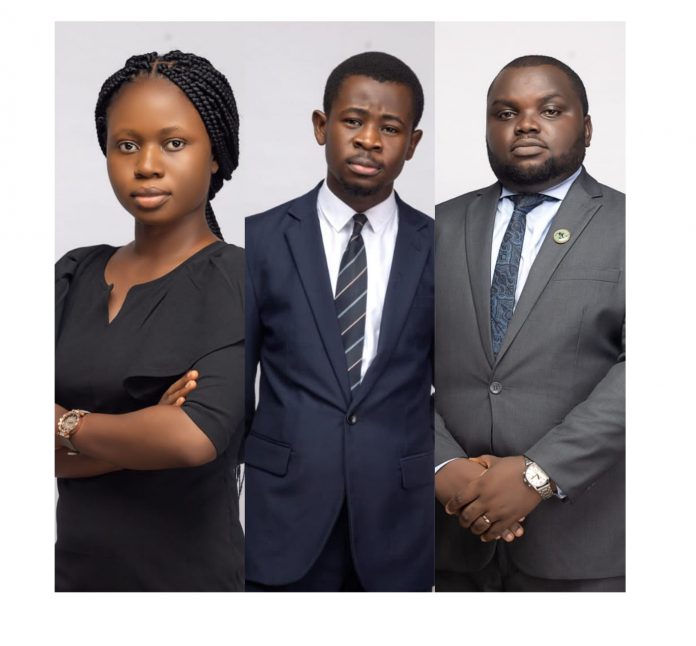 Many companies, especially those serious about the welfare of their people, put policies in place to check toxicity in the workplace and create a level playing field for all classes of employees. On paper, these policies are commendable, but in practice, the policies are more often than not, treated as trite boiler plates passed on through templates from HR firms/law firms to staff handbooks. The end-user(s) hardly knows what to do with the policies and hardly bothers to ask until the policies are breached. It is upon a breach that a senior management employee would realise that an action taken against a colleague amounted to harassment, victimization, retaliation, unfair treatment, discrimination and all those other things that make for a toxic workplace.

On many occasions, employees who trigger grievance remedial procedures often find themselves fighting to keep their jobs, as those higher up initiate retaliation, victimization, harassment, and the likes, eventually leading to wrongful termination and liability for employers/co-employers. The case of Cheick Ouedraogo v. Uber Technologies System Nigeria Limited & 2 Ors., Suit No. NICN/LA/424/2020[1] speaks to these matters. In this case, the Court posited that an employee is not a piece of article that can be tossed at will and given the peculiar facts and circumstances of the case, held the claimant’s termination as being despicable, wrongful, and a bad testimonial of a global institution, amongst other insightful pronouncements of the Court to be examined in succeeding paragraphs.

Mr. Cheick Ouedraogo (“Cheick”) a dual citizen of Burkina Faso and Canada, was employed as Senior Business Development Associate, Vehicle Solutions by Uber Technologies Inc. (Uber Inc.) and Uber Technologies System Nigeria Limited (Uber Nigeria), a subsidiary of Uber Inc. subject to Uber Inc.’s overall control. Shortly after resuming at Uber Nigeria, Cheick was repeatedly subjected to offensive, intimidating, and hostile behaviour from his first line manager, the 3rd defendant in the suit. On many occasions, his first line manager called him “Drogo”, a barbarian and homeless character in the popular HBO series “Game of Thrones”, in the most condescending manner much to Cheick’s displeasure, and in breach of Uber Inc.’s anti-harassment policy. As a result of the toxic work environment, Cheick’s ability to work effectively suffered greatly.

In compliance with Uber Inc.’s grievance procedure, Cheick escalated the issues to his second line manager, who merely advised him to send an email to his first line manager and monitor the progress of the situation, without making an effort to rein in Cheick’s first line manager. Seeing that Cheick had raised a grievance, his first line manager retaliated by significantly reducing Cheick’s workload and transferring his files to junior colleagues, refusing to assign any deal or instruction to him, cancelling meetings, and reducing communication with him, thereby victimizing him in breach of Uber Inc.’s employee handbook.

Eventually, Cheick’s employment was terminated. On requesting the reason for the termination of his employment, Cheick’s second line manager informed him that he had performed unsatisfactorily upon a performance evaluation which in any case was never conducted nor any performance report availed Cheick. Although the termination was to take effect on a subsequent date, Cheick’s access to Uber Nigeria’s network and official email was deactivated and he was placed on paid leave. On discovering the irregularity of its actions, Uber Nigeria reconnected Cheick and placed the initial termination on hold after Cheick wrote the Uber Inc.’s Human Resources Team based in South Africa alleging bullying, victimization, and harassment from his first line manager. A putative investigation was said to have commenced but Cheick was shut out of the process and not allowed to defend himself. The said investigation was later closed and filed, and Cheick’s employment was terminated again. Cheick therefore sued Uber Inc., Uber Nigeria, and his first line manager.

In deciding the case, the Court found that despite the distinct legal personalities of Uber Inc. and Uber Nigeria, they are interconnected, given the fact that Uber Inc. is the directing mind and controller of Uber Nigeria, issuing and approving the policies applicable to Uber Nigeria’s employees. On this score, the Court held that Uber Inc. and Uber Nigeria were co-employers of Cheick. The Court also found that the second line manager’s silence and refusal to intervene as required of him under Uber Inc.’s employee handbook amounted to condoning the unlawful harassment and unfair treatment meted out on Cheick.

The Court further held that stripping Cheick of his work tools, shutting him off the company mailing system, and placing him on paid leave five days after the termination of his employment constitutes unfair labour practice, as an employee on paid leave is entitled to all the rights and benefits of an employee. The Court also found this as clear retaliation by Cheick’s first line manager and that the failure of Uber Inc. and Uber Nigeria to protect Cheick from the retaliation and unfair treatment was a ratification of the unlawful actions of Cheick’s first line manager.

Workplace harassment arises where a person (employee or employer) through acts or inactions makes an employee feel threatened, humiliated, demeaned, or makes the workplace a hostile environment for such employee. It takes different forms; physical, verbal, sexual, or emotional and could be prompted by offensive jokes, use of sobriquets, physical assaults, threats, intimidation, ridicule or mockery, insults, etc. Workplace victimization on the other hand, is an act of retaliation in the workplace by one employee or group who targets another employee aimed at causing harm to the victim for actions taken in pursuance of employee rights.

Employers have a legal duty to prevent workplace toxicity, harassment, discrimination and create a safe working environment for all employees. Failure in this regard, and inactions and silence may occasion vicarious liability for the unlawful acts of the employee(s) on the employer. In Ejike Maduka v. Microsoft & Ors,[2] it was held that the inactions and silence of both Microsoft entities tolerated and ratified the conduct of the country manager which was against the companies’ policy of prohibition and non-tolerance of sexual harassment, gender discrimination and retaliatory actions and a breach of the companies’ duty of care and protection of their employees, for which both companies were held vicariously liable.

Where there is a co-employer relationship, both companies can be held liable in damages where they are so interconnected that their corporate veils are pierced to determine the extent of liability.

Employers must also be circumspect in terminating employment contracts in that they ensure that they comply strictly with contractual provisions as well as international best practices and labour standards as evinced in relevant labour conventions. By this, employers must give valid reason(s) for termination of employment connected to the capacity or conduct of the employee. Termination on grounds of unsatisfactory performance must be preceded by an opportunity for improvement, to where the employee is placed on an improvement plan and upon further unsatisfactory performance, the employee may then be terminated. On the other hand, prior to termination on grounds of misconduct, the affected employee must be given the opportunity to defend himself against all allegations.[3]

The case under reference is instructive for all employers. In view of the above decision of the Court, it is expected that employers will put in place policies to guard against victimization, harassment, discrimination, and generally create a safe working environment for employees. But beyond putting polices in place, employers must ensure that the policies do not lie dead in their employee handbook but are adhered to with religious compliance.