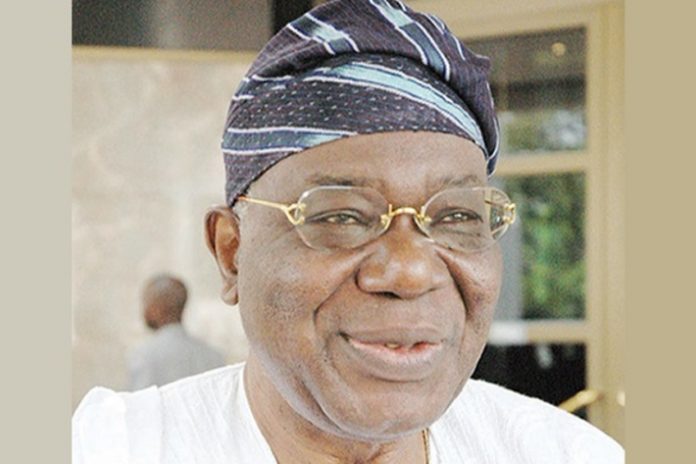 The Federal Government has ordered that the national flag be flown at half-mast as a mark of respect for the former Head of State, Ernest Shonekan, who died on Tuesday, January 11.

The order takes effect from the 12th to 14th of January, 2022, according to a statement signed by Secretary to the Government of the Federation, Boss Mustapha.

The statement read, “Following the death of the former Head of the Interim Government, Late Chief Ernest Adegunle Oladeinde Shonekan, GCFR, President Muhammadu Buhari, has directed that the national flag be flown at half-mast, effective from Wednesday 12th – Friday 14th, January, 2022 as a mark of respect for the former Head of State who died on Tuesday 11th January, 2022 at the age of 85.”

Earlier, the president, Major General Muhammadu Buhari (retd.), expressed sadness over the news of the death of a great statesman and former Head of the Interim National Government, Chief Ernest Shonekan.

The president, in a statement by his spokesman, Mr Femi Adesina, on Tuesday in Abuja extended deepest condolences to Shonekan’s wife, Margaret, loved ones, as well as the government and people of Ogun.

Buhari affirmed that, as an internationally-respected statesman with courageous wisdom, Shonekan left his ”flourishing business career to become the Head of Government, at a delicate time when the country needed someone of his calm mien and pedigree to save the ship of state from sinking.”

The president noted that Shonekan demonstrated to all that the love for country and commitment to her development, peace and unity transcended the trappings of office and the transient nature of political power.