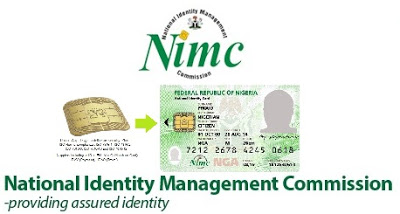 Ten days into the battle by experts to restore the collapsed national data infrastructure,  the technical glitch that paralyzed operations of banks, telecom operators, immigration and other critical agencies of government has continued to affect business operations across sectors.

For instance, most of the telecom subscribers have continued to lament their inability to retrieve lost  SIM cards or get new ones due to the non-accessibility of the National Identity Management Commission, NIMC portal.

The story is not different from the experience of bank customers who also complained of the inability of their various banks to link their Biometric Verification Number, BVN with their National Identity Numbers, NINs.Recall that the breakdown of the backbone infrastructure occurred 10 days ago, which affected most government agencies like immigration, Police, Road Safety and telecom operators among other critical public institutions.

The NIMC had on Monday debunked the earlier report that attributed the glitch to the collapse of its server but attributed the collapse to a government agency in charge of ICT services.The Commission’s head of Corporate Communications, Kadode Adegoke told Vanguard that an alternative platform, virtual National Identity Number, vNIN had been provided for easy verification of NIN in its portal.

According to Adegoke, with the vNIN, there was no need for delay in verification of any person NIMC enrolled. But few days after the offer was made, Vanguard checks indicated that the major service providers like banks and telecom operators were yet to take the advantage of the virtual NIN offered by NIMC as an alternative platform for NIN verification.

Our visit to some banks in Area 3, Garki Abuja showed that some bank customers who went for different transactions were not successful after fruitless attempts to verify their NINs.A bank customer, Aliyu Mohammed, who spoke to Vanguard pleaded with government to intervene in the matter. According to him, ‘‘for banks, telecoms operators to have turned their customers back for nine days due to the non-accessibility of NIMC portal speaks volume of the inefficiency in the system.’’

Our visit to some of the telecom service providers also showed that their efforts to provided the needed services by their subscribers proved abortive, due to the inability to access NIMC server.

One of the subscribers who spoke to this reporter, Gloria Edward, who decried her experience, said, ‘‘The experience is very frustrating one, we can’t continue like this. The relevant authorities should do the needful and ensure the portal is restored. People are suffering, I have spent the whole day here, yet I could not achieve anything.’

’When the Public Relation Officer of Galaxy Back, Mr Chidi Okpala was contacted as at the time of filing this report, he assured that service will soon be restored.His words: ‘‘I can tell you that we are working on statement to be issued in that regards tomorrow, experts are working the failed portal and I am confident that the matter is going to be resolved because the work has almost been completed.

’’This development had sparked off reactions from industry experts, who feared that the continued breakdown of the Central Server could lead to huge loss to the economy and compromise of the nation’s security. They warned the government to do everything possible to restore normalcy and services in the system.

The President of the Association of Telecommunications Companies of Nigeria, ATCON, Mr. Ikechukwu Nnamani, when contacted said, The most important thing is to ensure the restoration of the portal without further delay.Nnamani, who said he did not have credible data to quantify the loss so far caused by the system breakdown, said, ‘‘Since NIMC offered an alternative platform for NIN verification, I will encourage people to make use of the alternative platform provided by NIMC to avoid further disruption of services.’’