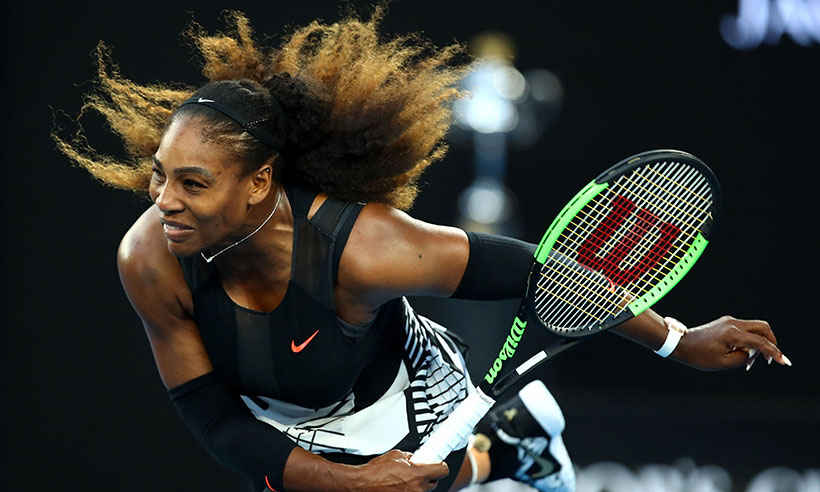 Serena Williams has given birth to her first child, a girl, a source close to the family confirmed on Friday afternoon. Williams checked into the St. Mary’s Medical Center in West Palm Beach, Florida, on Wednesday, where the tennis star was scheduled to be induced Thursday, according to news reports. The birth comes in the middle of the U.S. Open tennis tournament, which Williams is missing for the first time since 1998.

Williams, who is engaged to Reddit co-founder Alexis Ohanian, announced her pregnancy in April, when she revealed that she found out about the pregnancy two weeks before playing against her sister, Venus Williams, in the final round of the Australian Open. “How am I going to play the Australian Open?“ Serena recalled thinking. “I had planned on winning Wimbledon this year.”

In August 2016, Williams and Ohanian recounted the whirlwind romance that began with a chance meeting in Rome, and seemed to have reached its biggest moment yet when Ohanian proposed, in the same location where they met, on December 10 last year. Weeks later, Williams asked Ohanian to fly last-minute to Melbourne, Australia, where she wordlessly handed him a paper bag filled with six positive pregnancy tests. She went on to win the 2016 Australian Open.

“If you would have told me last year in October or November that I would have a baby, not be pregnant but have a baby, I would have thought you were the biggest liar in the world,“ Williams told ‘Buzz Bissinger’. “This is kind of how I am right now. This is happening sooner than later, and it’s going by so fast.”

Williams and Ohanian plan to marry in the fall, and Williams, as of her, plans to return to playing tennis in January—perhaps in time for the next Australian Open.