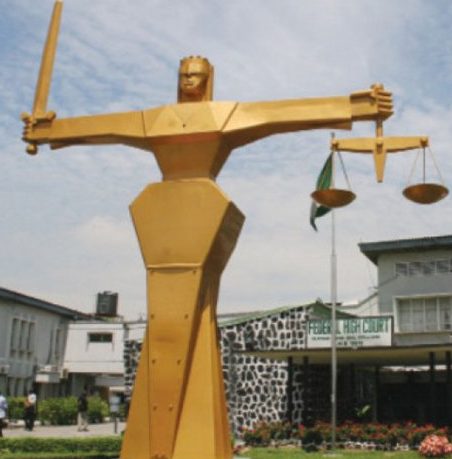 A Senior Advocate of Nigeria (SAN), Bolaji Ayorinde, has threatened to institute a disciplinary action against a younger lawyer for his perceived unethical behavior during a proceeding of Air Marshal Adeshola Amosu Nunayon’s criminal trial on Thursday.

Nnaemeka Omewa, who appeared for the first time in the matter as counsel for the Economic and Financial Crimes Commission (EFCC), had opposed the motion for adjournment raised by the defense counsel, only to move for the same motion after the judge had ruled in his favor for the continuation of the trial.

The defense counsel had asked for an adjournment seeing that the lead prosecutor, Rotimi Oyedepo, was not in court, stating that the new lawyer might not be able to properly handle the case since he said he had not been fully briefed on the matter.

“He has said he is not briefed on the matter. As a responsible advocate, I cannot let him,” Mr. Ayorinde said.

However, Mr. Omewa opposed, insisting that he was ready to proceed with the trial.

The presiding judge then ruled that the matter should proceed, but warned that the prosecution would take responsibility for whatever happens while the young lawyer led the proceeding.

“The state shall swim or sink by the strategy adopted by the prosecuting counsel,” the judge said.

At this juncture, Mr. Omewa took a U-turn from his earlier hesitation and asked for adjournment.

He stated that he had just received new correspondence from the prosecutor’s office that the lead counsel might not make it back on time to continue with the prosecution.

Mr. Ayorinde then told the court he would not object the adjournment but added that he would consider a disciplinary action against the lawyer for the unethical conduct.

“I have no objection. I also wish to put in my application. However, my colleagues and I would consider a disciplinary action at the bar against my colleague for his conduct this morning,” Mr. Ayorinde said.

Norrison Quakers, another counsel in the trial, said the reason the defense opted for an adjournment was because they had seen that the counsel might not be able to properly see to the matter, which he had earlier insisted he could do.

“Now, asking for adjournment after the court had ruled is very unethical,” Mr. Quakers said.

The irritated senior advocates were, however, pacified when another senior advocate, Layi Babatunde, pleaded on behalf of the young lawyer. He appealed to his colleagues to allow the matter rest as he is aware of the predicaments many government lawyers have to grapple with having served under the Ministry of Justice himself.