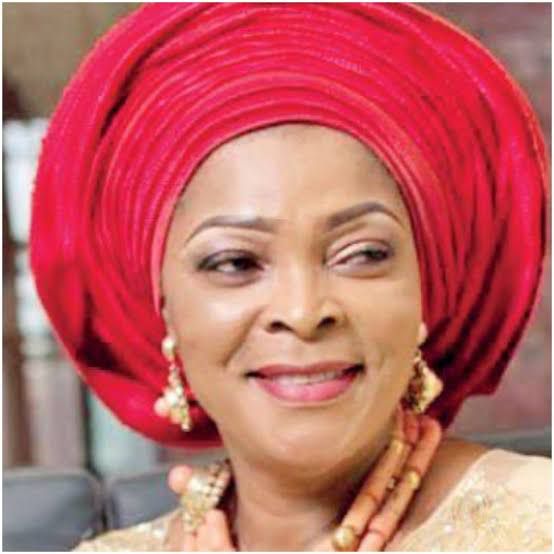 A factional senatorial candidate of the All Progressives Congress for Ebonyi South, Mrs Ann Agom-Eze, has said she reposes confidence in the court to do justice in the matter between her and Ebonyi State Governor, David Umahi, as she awaits Appeal Court judgement on the matter.

Agom-Eze and Umahi have been in the Appeal Court, Abuja, to ascertain the authentic candidate of the APC for the Ebonyi South zone.

Umahi made the final list of candidates for the 2023 senatorial election for the zone released by the Independent National Electoral Commission, after he was earlier omitted from the list of candidates released in June following a controversy which trailed his emergence as the candidate of the ruling party.

But reacting on Wednesday, Agom-Eze, in a statement, urged her supporters to be calm and law-abiding, saying all hope was not lost, as, according to her, the matter was still before the Appeal Court.

She said, “Our dear teaming supporters across Nigeria, the great Ebonyians and the wonderful people of Ebonyi South senatorial zone in particular, you all may have seen the latest publication from INEC (yesterday) on the list of the presidential candidates and National Assembly candidates of political parties fielding candidates in the 2023 general election.

“That in the said list, INEC has included the name of the Governor of Ebonyi State, David Umahi, as the candidate of the APC for Ebonyi South senatorial zone for the 2023 elections.

“INEC equally and clearly noted that his name was included as a result of the ex parte court order he obtained from the Federal High Court Abakaliki, that enabled him to hold the 31st July, 2022 primaries. This is not minding the substantive case pending at the Court of Appeal.

“We want to urge our supporters as law abiding citizens to remain calm, irrespective of the judicial rascality. The court is the last hope of the common man and it has the final say. Let’s patiently and hopefully await the Appeal Court judgment.

Also, the Director-General, Agom-Eze Campaign Organisation, Orji Ugochukwu, said his principal would get justice through the court, maintaining that the forthcoming judgement would be in her favour.

“I saw that list yesterday and it was a great shock. That list will not stand and that case as much as I know, is in the Court of Appeal and it’s already going through court proceedings. The hearing was entertained on Friday and was adjourned till Monday, September 26, 2022.

“The matter was at the Federal High Court Abakaliki, where my principal was given favourable judgment. But she further sought for more interpretations and that was why it was taken to the Appeal Court.

“And as it stands, we believe that judgement on the matter will be given as soon as possible. In Nigeria currently, party and court are almost the same thing. If you give them money, they will put your name. But I know, the court is the last hope of the common man. Like I said, we are waiting to see the determination of that matter by the court,” he said.

Counsel for Agom-Eze, Nwonu Nnaemeka, said, “You saw that the name came out in that list with court order. That means the matter is still in court and currently has not been decided on.

“The court that gave that order is not the highest court in Nigeria. It’s a court of first instance. The matter now is in the Appeal Court, and part of what we are challenging is the order for fresh election and the Order Ex parte made for INEC to include the governor’s name. So, let’s wait for the determination of that matter by the Appeal Court, and that will be soon.”