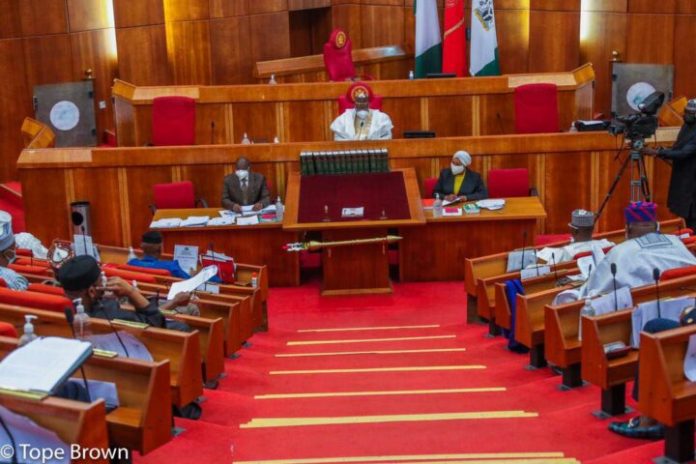 The senate has summoned Rauf Aregbesola, minister of interior; Abubakar Malami, attorney-general of the federation (AGF); and Haliru Nababa, comptroller-general of the Nigerian Correctional Service (NCS), over the recent jailbreaks in the country.

The decision of the upper legislative chamber was sequel to a motion sponsored by Istifanus Gyang, senator representing Plateau north.Gyang had spoken on the recent attack on the Jos correctional centre over the weekend, which led to the death of 10 people, while 252 inmates are still at large.While moving his motion on Tuesday, the Plateau senator said among the inmates still missing, 63 were sentenced to death, while 181 are awaiting trial.

[The gunmen] walked through a security zone and broke through to have over 200 inmates escape from the centre,” he said.On his part, Ahmad Babba Kaita, senator representing Katsina north, blamed the jailbreaks on the “inadequate number” of security personnel across the country.Kaita said more funds should be allocated to security agencies by the national assembly to enable them to recruit more personnel.

The motion was adopted by the lawmakers after Ovie Omo-Agege, deputy senate president, put it to a voice vote.