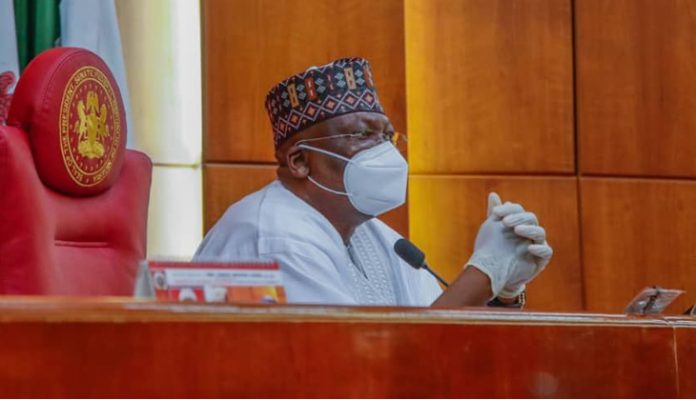 THE Senate on Wednesday condemned the recent massacre carried out by suspected Fulani herdsmen in Ebonyi State.

The senators observed a minute silence in honour of the victims of the various attacks in various communities in Ebonyi State.

It also directed the Nigeria Police and other relevant security agencies to probe the dastardly attacks.

The Senate asked the security chiefs to ensure the prompt arrest and prosecution of the perpetrators.

It urged the Federal and Ebonyi Government to put appropriate measures in place to forestall further attacks.

The Senate also requested the National Emergency Management Agency to immediately intervene by sending relief materials to the families of the victims and displaced persons in the affected communities.

The resolutions of the Senate followed the consideration of a motion on the recent killings in the state, sponsored by Senator Sam Egwu, representing Ebonyi North.

Egwu said, “The Senate express concern that the killings, maiming, kidnapping and wanton destruction of lives and property have now become the daily experience of innocent and peaceful people of Ebonyi State who are murdered in their numbers almost on a daily basis.

“The Senate is aware that on the 20th of March, 2021, over 18 indigenes of Egedege, Obegu and Amuzu communities in Ishielu Local Government Area of Ebonyi State, including a priest were gruesomely murdered in cold blood by rampaging herdsmen.

“It is alarming that on Monday; just two days ago, 12th of April 2021, herdsmen killed over 12 innocent indigenes, burnt and destroyed over 26 houses and kidnapped five people in Ebonyi State.”

Lawmakers approved the prayers of the motion when they were put to voice vote by the Senate President, Ahmad Lawan.