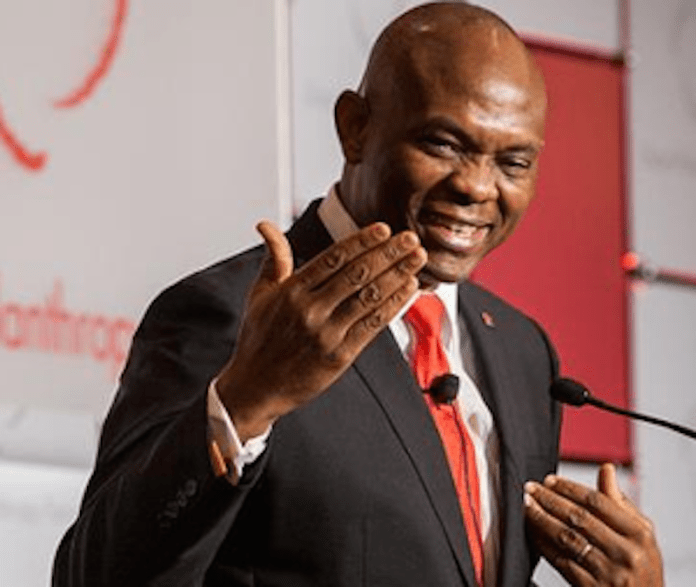 The Chairman, United Bank for Africa Plc and Transnational Corporation Plc, Mr. Tony Elumelu, has asked the Federal Government to take another look at the power sector by wresting ownership from incompetent private operators and sell the firms to new owners who are capable of successfully running them.

He made the call in Abuja on Tuesday at the ongoing 23rd Nigerian Economic Summit.

Elumelu stated that in as much as some existing investors might not like the idea, the government could not continue to allow the electricity distribution companies to hold the nation down with inefficient power distribution.

He called for the recapitalisation of the firms and asked the Federal Government to increase its stake from the current 49 per cent and sell the controlling shares in each of the Discos to new investors, adding that the current operators had become obstacles to the realisation of the nation’s power capacity goal.

Elumelu stated, “Our people are very enterprising and they want to succeed. But they need the right environment to succeed. I appreciate what the government is doing for electricity, but we need to do more.

“I empathise with the government on its efforts in that sector. But Mr. Vice President, I think there is a lot we can do to correct the ownership of that sector without affecting the property rights of the investors. That sector must be dealt with for us to have power to do business.”

Despite the over N700bn already provided by the government for the power sector, Elumelu stated that the amount would be exhausted in a few months’ time, adding, “The market should be able to sustain itself. This is what I think. The government has to take actions that will ensure the adequate funding of the operations of the Discos.

He added, “Then post recapitalisation, the Federal Government sells its controlling shares to new investors who have the financial wherewithal to properly finance the operations of the Discos. This is important because in a situation where the current operators don’t have the funds to run them, if the Federal Government wants to sell its shares in the Discos, investors who should have brought in their capital won’t come in if the controlling shares continue to remain with the current operators.

“When this is done, then we can have new investors who can come in and run the Discos efficiently.  It doesn’t matter where they come from, but they should be investors who have the financial capacity and tested expertise to manage the distribution segment of the sector in such a way that they can deliver effective services.”